Make Hay While the Sun Shines

The funeral for John Grassi was today so the walk was cut a bit short. Bethany came all the way from Bluffton to attend and was heading home right after. Diane was helping in the kitchen for the meal. Emily was going to try to attend with her mom so I sent her mail to the funeral with Rachel's family but after Rachel had already left Emily called to say she was going to have to miss it. Her wrist was really hurting her and the doctor wanted to see her this morning. He believes it is broken and is going to have the x-rays sent over from Canton Hospital. It is still too swollen to put on a cast so he wants to see her again on Monday.
I stopped in to work on the Berean mail but there was only a couple hours of work to do. Probably because of the 4th holiday the mail is delayed.
When I got back, Karin had a huge group of vaulters just finishing up their practice. The farmer arrived to rake the hay about then too. Lola was put out and both mares with young fillies were brought inside to cool off. Both fillies were haltered and Violet given a tying lesson. 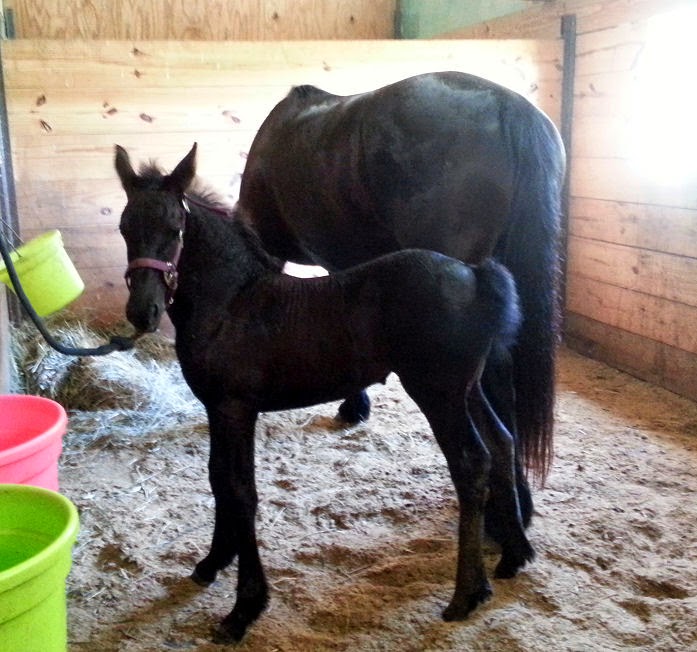 She figured out pretty quickly that pulling back doesn't do any good but going forward to release pressure does. Both fillies were fly sprayed and hooves handled.
Beth called to ask if the film crew from DYI network could come on Wednesday to film the vaulters practicing, swimming and riding. They would also like to video a birth so I'll have to tell Lola to schedule her delivery during the day. Yeah right, like that's going to happen. We don't have a lot of riding horses here so Karin and I drove to Middle Grove to pick up 5 and check Ella's udder. We had a long hike in the hot sun and high humidity to get to the horses. Then when we found them only about half the herd was visible. We had to start searching and of course we walked the wrong direction. It took about a half hour to get the horses we wanted and start hiking the long way back. If we were wise we would put up a barn out there that locks and leave a few 4 wheelers near the hard road. We brought back Anna, Indy, Missy, Cookie and Paris. Cookie and Missy were put in the cabin field while Anna was put in the middle paddock and Paris and Indy in the side pasture behind Valiant. Emma was teased, still no sign of her coming in.
Mark had to work until 7:00 pm with a late estimate in Dunlap. As soon as he got home he jumped on the tractor and started moving bales, 2 at a time while the farmer was baling. 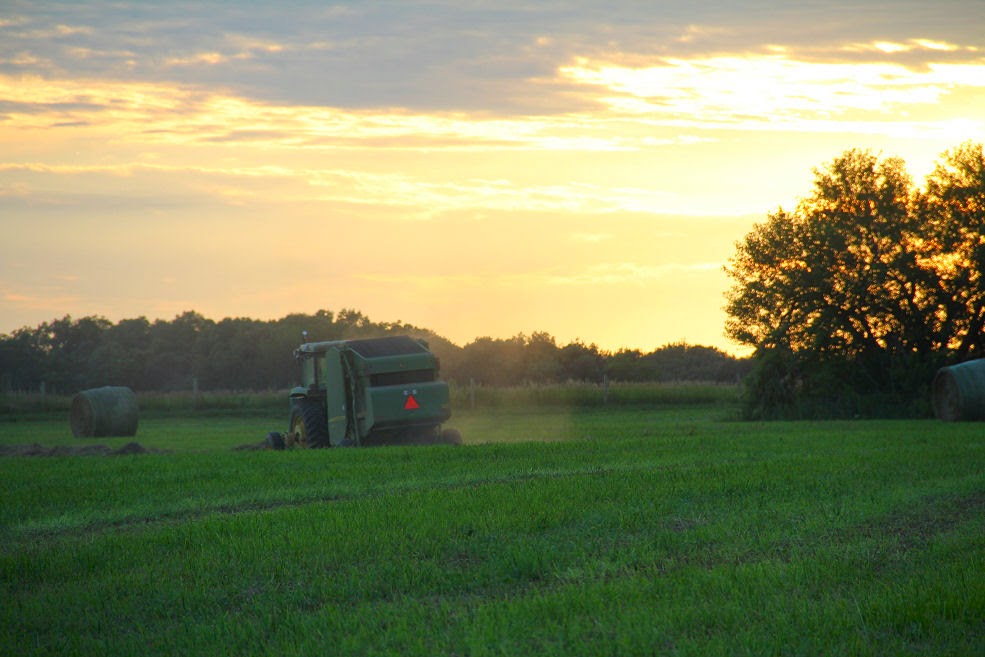 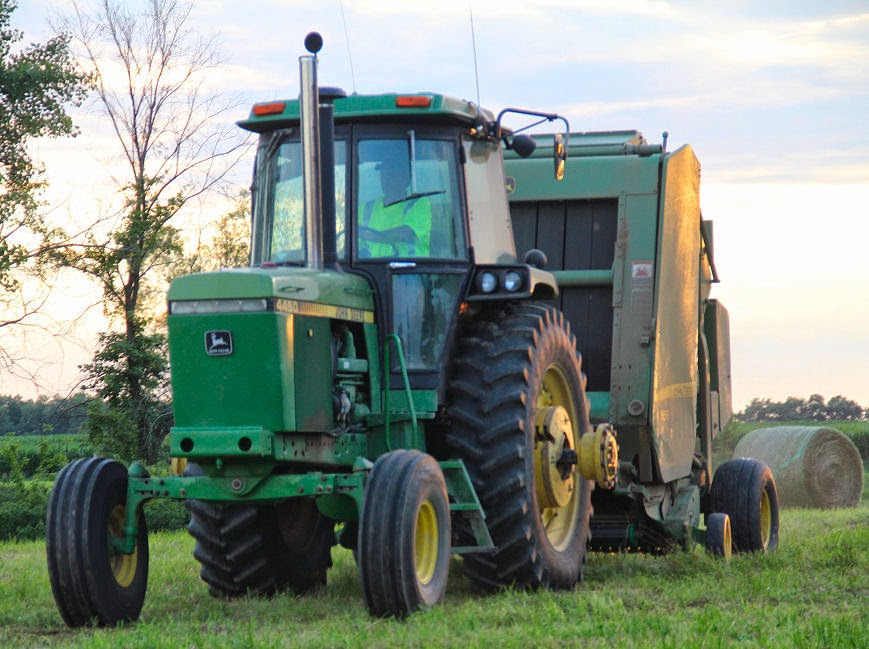 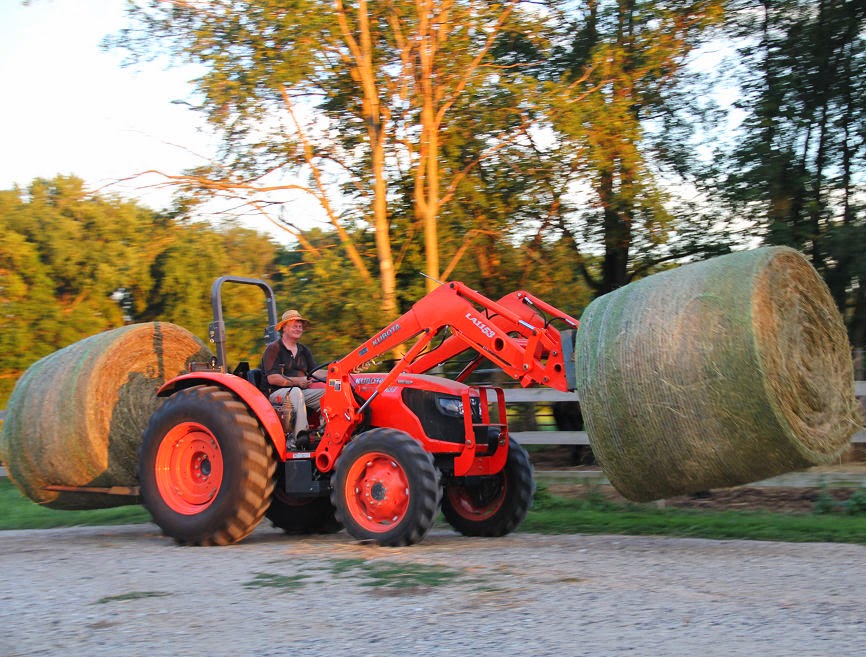 The sun was setting fast and there was no way to get all the bales inside before nightfall. Mark has a light on the tractor and worked until 9:30 pm but finally quit. We put a bale in the middle paddock and the horses are eating it.  There is an 80 percent chance of rain starting around 4:00 am but tomorrow is suppose to be nice. Let's hope the rest of the bales don't get soaked.
Posted by Judy Sceggel at 9:54 PM