Everyone except Rhoda came to Middle Grove for the holiday, Rhoda is driving to Canada to help a co-worker pick up a car. The weather was absolutely perfect for camping. Emily and Mike went riding early to work Sheena. They were going to let her run as in all out but that isn't wise for an off the track Thoroughbred. They love to run and when they get started their mind shuts off with the joy of speed. Sheena was no exception, Emily couldn't get her to stop, not even with a one rein turn. The 200 acre hay field chosen for this ride should have been big enough. A bean field butted up against the hay field and Emily was trying desperately to stop the mare from running into the beans but Sheena would not slow down, just as they came to the beans, the mare's brains started to work, she thought this was a solid wall of something and slammed on the breaks, the stirrup leather broke and Emily went flying over the mare faceplanting into the bean field. Mike came galloping back to the camp ground to get help as Emily lay in the dirt. Sarah drove Emily's truck to where she lay, by this time Emily was sitting up only complaining about her wrists and it looked broken. Sarah borrowed Mike's truck to use the gps to find the nearest hospital and ended up driving her to Canton. Unbelievably it turned out to be just a sprain but they are going to check it in a week once the swelling goes down just to make sure. Her other arm was also sore and her face, oh my her face was covered in dirt, even her teeth had good Illinois top soil ground into them. She looked a sight at the hospital. Sarah drove Emily to Hanna City and she felt well enough then to drive back to Forrest. She is leaving for Colorado for a week with a cousin today. Hope she feels well enough to go. Emily said, "at least I'll be gone for the week I can't work."

We took the pontoon boat out for a ride and a swim. That boat was crowded with rafts, tubes, life jackets and people. 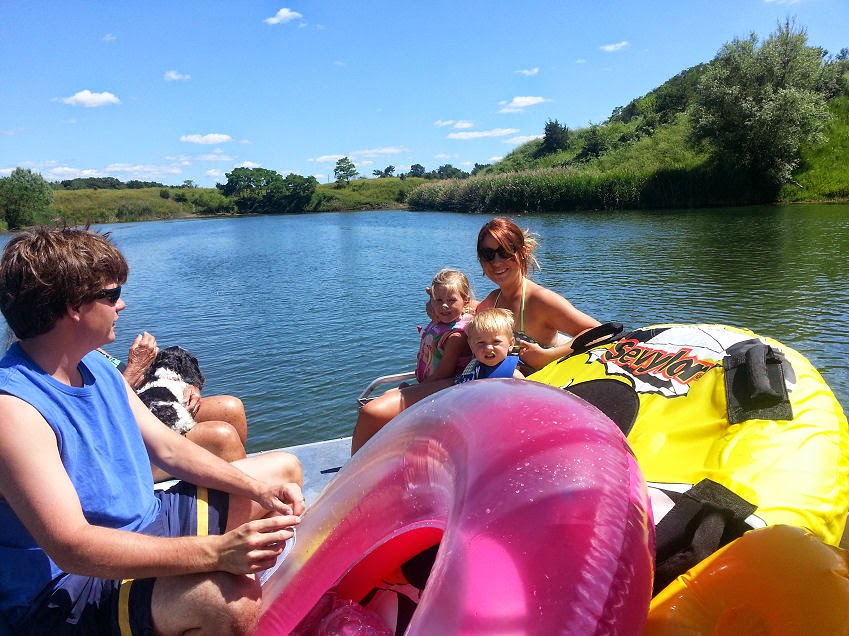 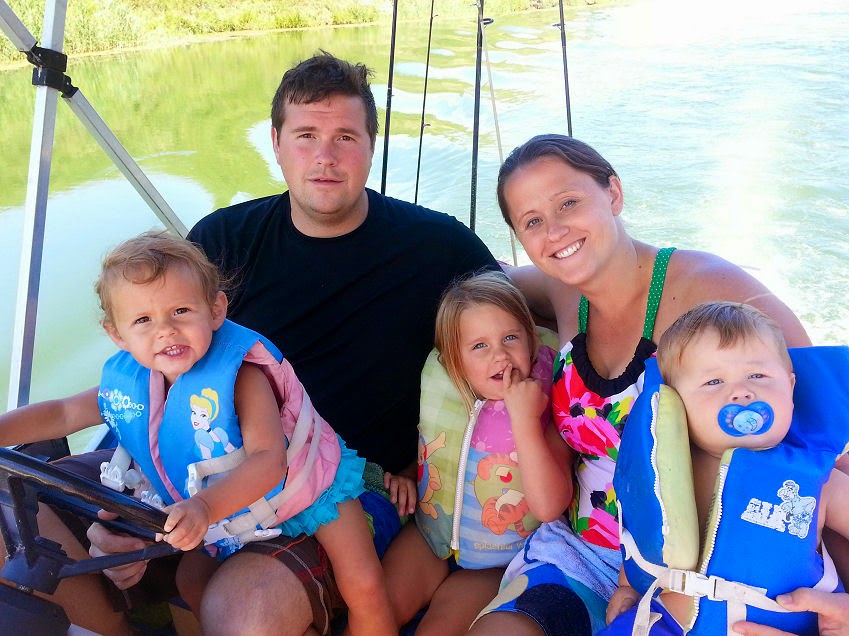 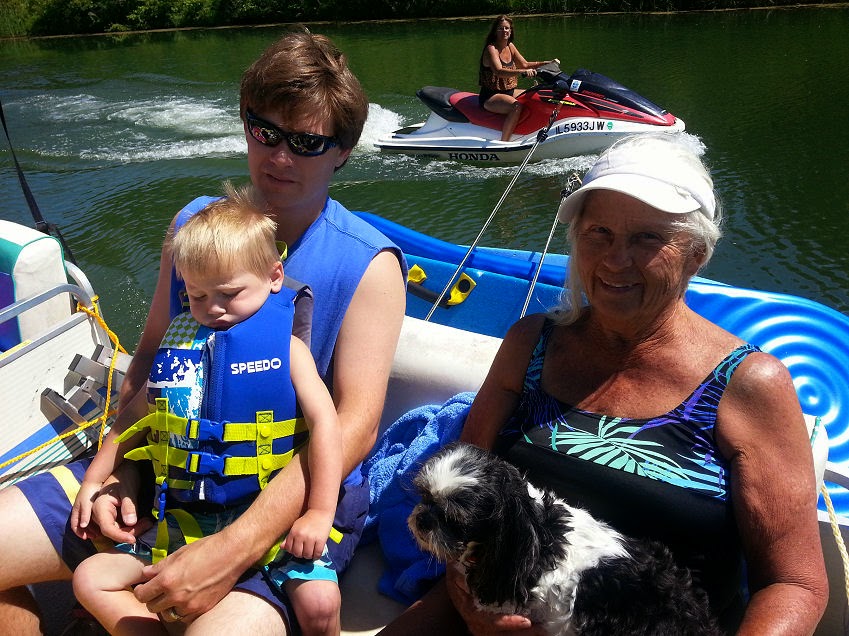 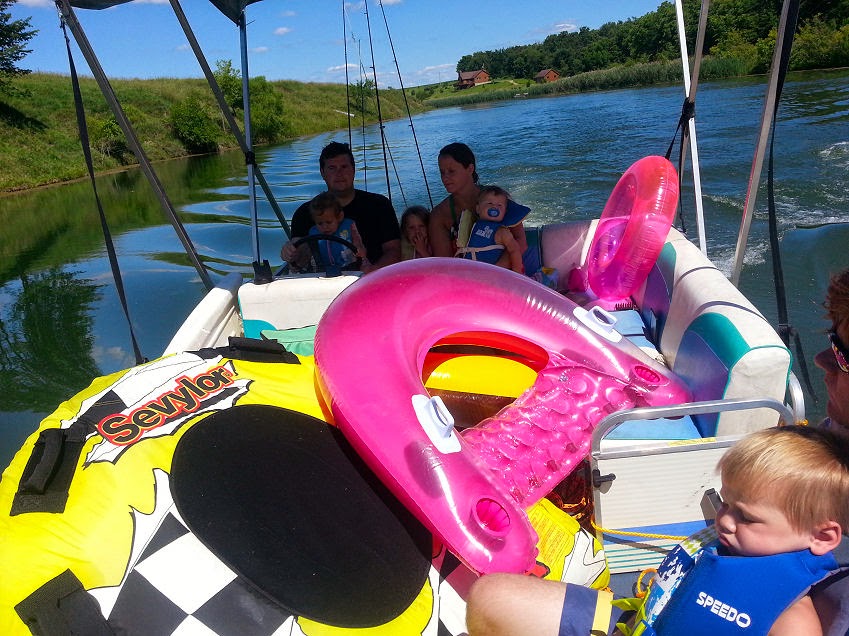 After floating around in the perfectly clear water we decided to take a tour of the lake. Diane was on the jet ski while Philip and his girls drove the pontoon boat.
Back at the campground Ruth dished out ice cream for everyone. That was a perfect treat to hold us off until supper was done. 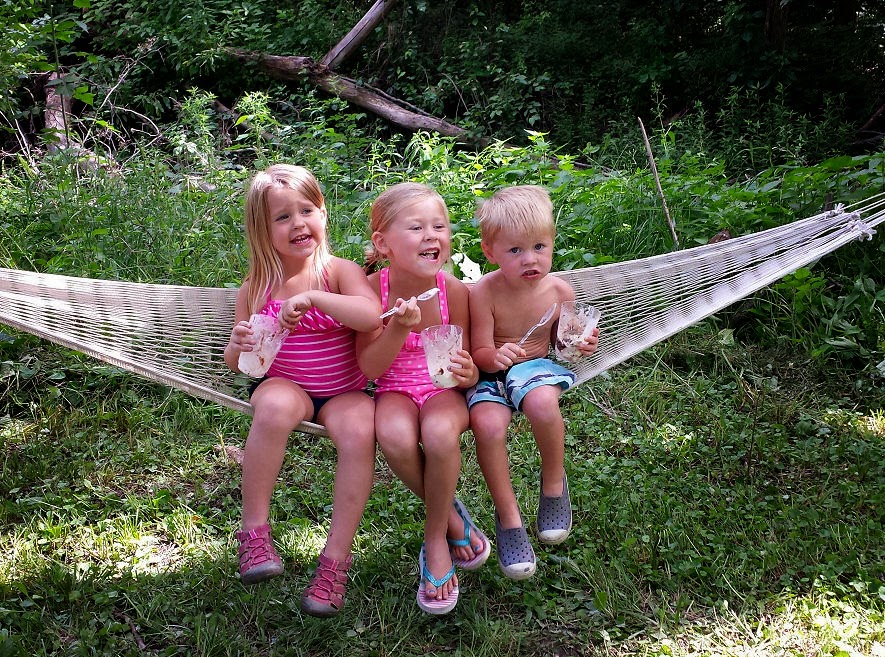 Philip and Braelyn went fishing after supper, every time Philip would fish he would talk about how many he caught but we never had proof, last night he had Braelyn hold up one and snapped a picture. This lake is filled with many different species of fish and they are BIG. 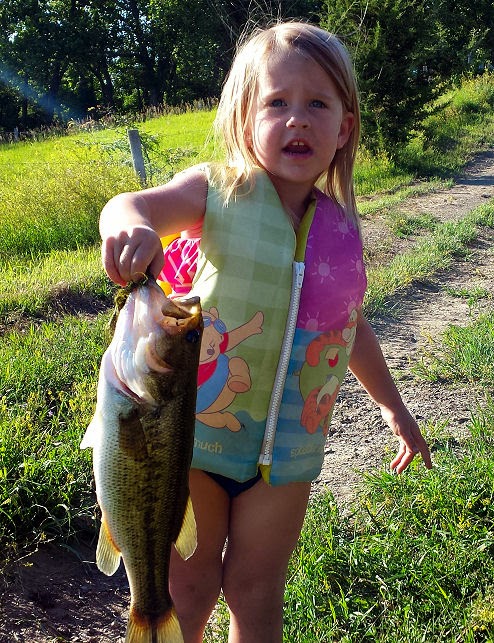 The evening was spent singing around the campfire and taking long walks. At 8:00 pm the cars were loaded up for a drive to Elmwood for fireworks. We had a perfect grassy place to sit with room for the kids to play in the baseball field a with an almost perfect view of the fireworks. 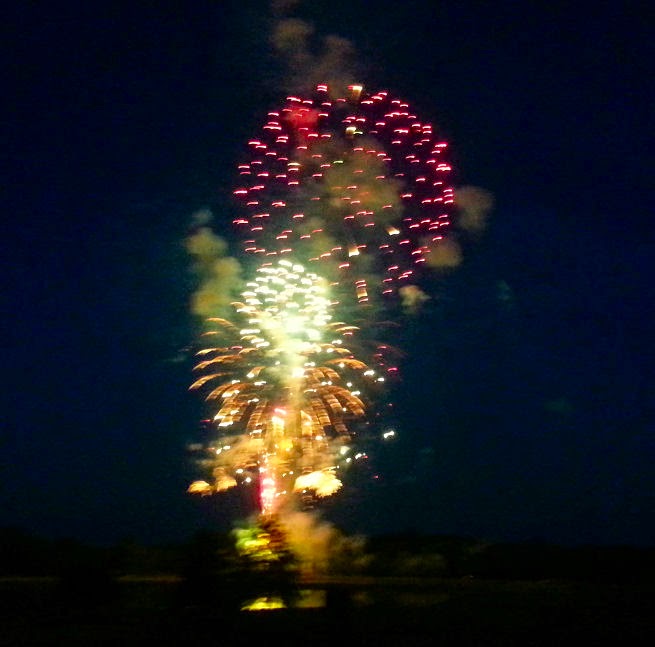 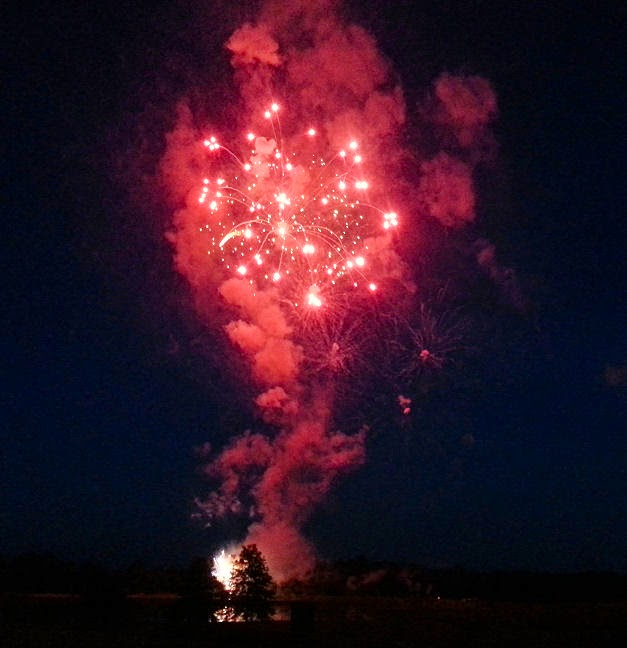