Today I wanted to get some new pictures and maybe a short video of Lily's big boy before the coming heat. For the next three days the temperature is going to soar well into the 90s with real feel of over a hundred.  Lily and Galàn Azabache, her colt were taken to the outdoor arena and let loose.
Below is just a short clip of his big trot.

He was taken into the round pen to get a few pictures. 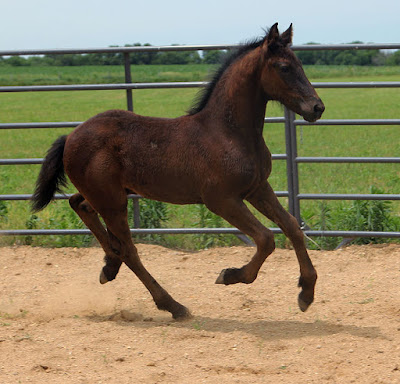 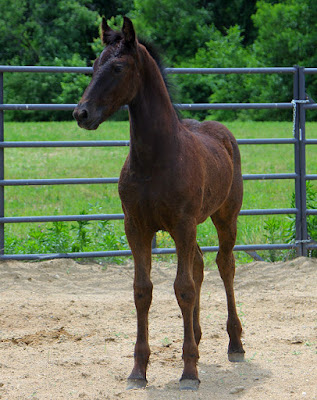 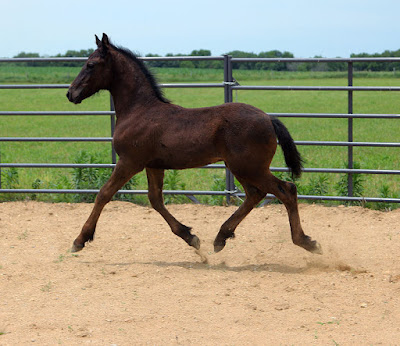 He is a typical Lily x Valiant foal, he gets that big air and has such a proud look about him. They were fly sprayed down and put back.  The next job was to move Zalena and her colt so I could move a new bale in the breeding shed. They were put back in that paddock.  It is one of the cooler paddocks with the big shade tree in the lower part and the shelter is quite a bit bigger with a loft which helps keep the heat out.  The middle paddock also needed a new round bale.
We got a little rain this afternoon so the outside work was stopped. Our first guests from Airbnb are arriving tomorrow and they wanted to use a grill. I found out ours cannot be moved so called around to see if anyone sells grills already put together. Ace Hardware in Farmington told me they did but wouldn't tell me how much. When I got there I was shocked at the prices. The most expensive was over $800.00 and the least expensive was $400.00. Well that was a wasted trip.  I got on Facebook Market place and found an electric grill, brand new for $80.00.  Below are pictures of the actual grill. It had been assembled then put in storage and not used. 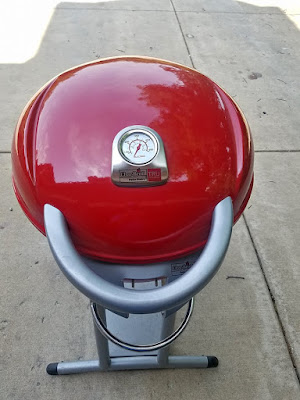 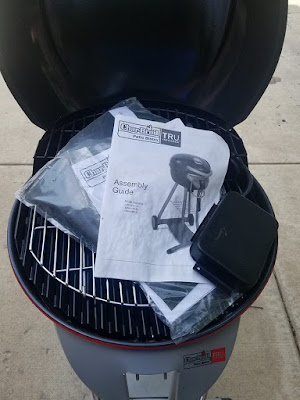 Mark went with me to pick it up. We met the man selling it at Big R in Pekin. From there we drove the 3 minutes over to Walmart to pick up a gallon of milk and a few other items for the apartment then home and tried the grill out. It works.