We had a good group on the walk today. Sarah joined us. We love it when the young enjoy being with us slightly older women. She can help us with our phones and computers! Today though was just spent walking and talking. She is a delightful niece.
Tom Meister went to Bridlewood today and finally got the new pressure reducing valve installed. When he turned the water back on though, he went over to the barn to make sure they had enough pressure and found a leak. Thankfully he had the time this evening to dig it up and get it fixed right then and there. Turns out the old pressure reducing valve failed, the water company sends over 100 pounds of pressure through those lines which are not rated for that high of pressure. No wonder we started springing leaks.
Karin arrived to work horses late afternoon but thankfully the sun was still out. Glad our time change has been put off and we still have daylight.   I wanted her to bring Sangria out first so Serenity's temperature could be taken. She has been off antibiotics for over 6 days. She remembered all of our handling from earlier and stood pretty well for haltering and taking her temp. She is again right at 101.5, perfect for a foal. While she was in and tied Karin picked up all her hooves and we gave her a quick groom. When we were ready to take her out, Studly who had been playing with that red cup, saw the horses coming and backed up. Serenity was curious but not afraid. 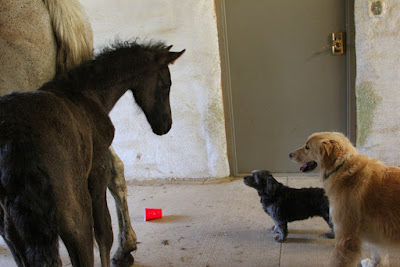 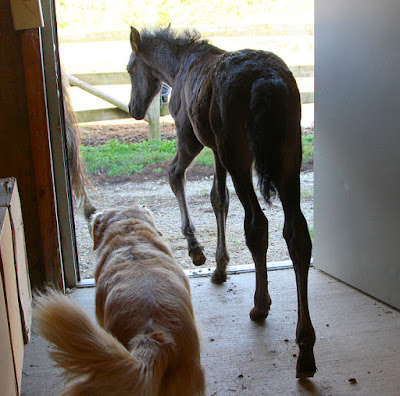 I still needed to see Serenity move so we took her to the outdoor arena. 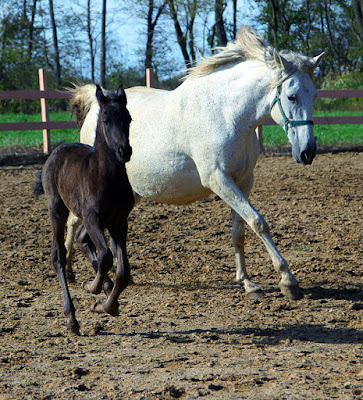 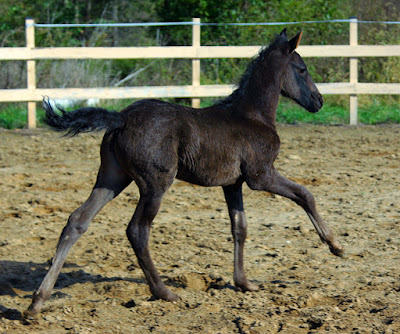 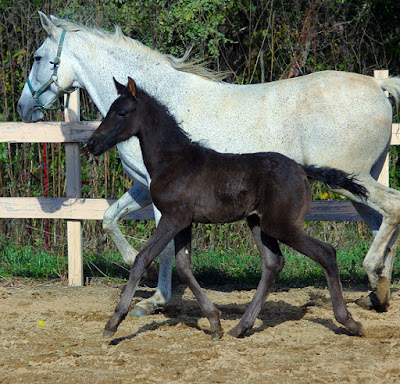 They were put back so Karin could start training. Ayanna was the first mare out. 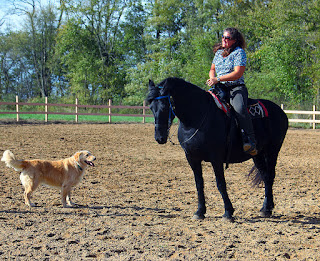 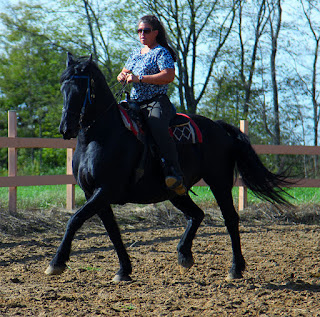 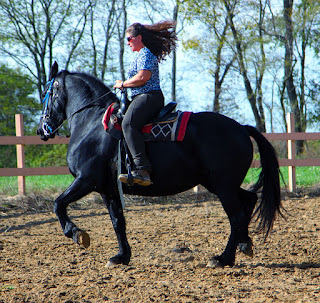 The wind was blowing about 20-30 miles an hour with gusts around 35 mph. We weren't sure how this very reactive mare would respond but she actually did very well. I didn't see any spooks. Next out was 4 year old Rosalie. She was a different story, she was taken first into the round pen. The wind was blowing the tarp around and she was sure that big white thing was dangerous. Within a few minutes though, Karin had her convinced it really wasn't anything to worry about, even when it was blowing on her legs. 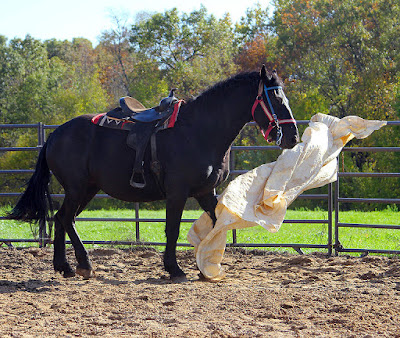 Karin took her to the outdoor and she was a little more nervous than Ayanna but still did very well. 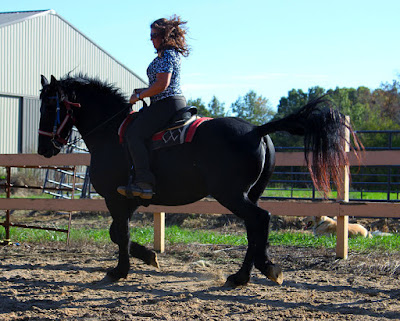 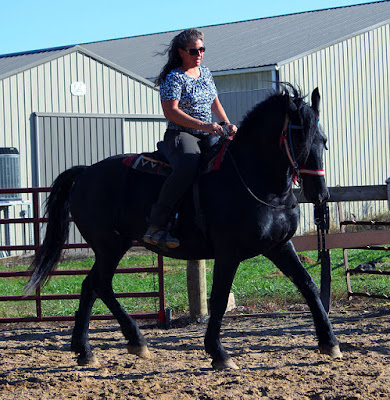 Last was Indy. this time her filly was left inside. Envy went right over to Rosalie and stood next to her quietly the entire time Karin was riding Indy. Rosalie is so kind to the young ones. 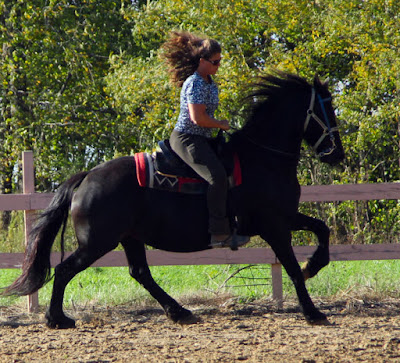 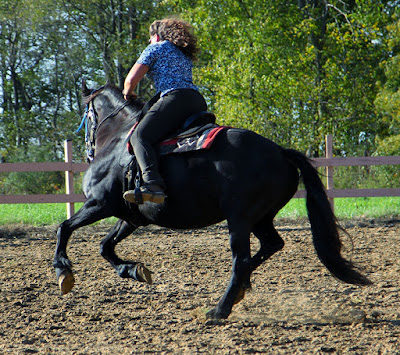 Mark came  home early and was willing to help with all the peeling, chopping, mincing, and mashing of the meal tonight, so I wasn't nearly as resentful as yesterday. The meal was also better than last nights. The only problem was garlic was used both in the squash dish and in the chicken, but I will say both were tasty. I really don't like spending 45 minutes to prepare just 2 meals but the benefit of these, I'm getting some excellent recipes I'll be able to use later. We have one more meal for tomorrow plus the 3 ordered for next week and then I think we are done with this.
After supper Mark helped me move a round bale into the middle paddock. He took a walk afterward to throw away the net wrap and I went in the get the dishes done. We had a beautiful day, sunny and 69 degrees. According to the news this IS the last nice day. I'm thankful I got to spend most of today outside and very thankful that Bridlewood has a brand new pressure reducing valve.
Posted by Judy Sceggel at 8:39 PM