As soon as 2 cups of coffee were inhaled, the roast for tomorrow's Berean meal was stuck in the crock pot then up to the barn I went to let Lola and Marika out of the stall and feed Rosalie who must be kept in the stall because this cold wet weather is just to awful for a 2 day old filly.  Right after the walk I drove in to Peoria to TSC to pick up a couple shots for Darla and Serenity. They will be hopefully given tomorrow afternoon IF it stops raining. It has been raining most of the day. This is helping with snow melt but there is just so much snow the rain didn't make much of a dent in getting rid of it. Below the snow is coming off our metal roof over our patio door. 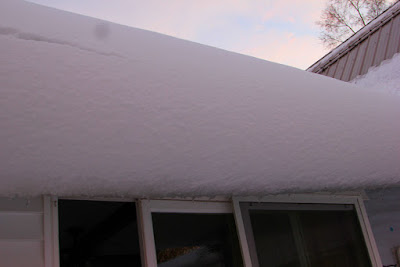 Above is looking at it from outside and below is inside looking out. 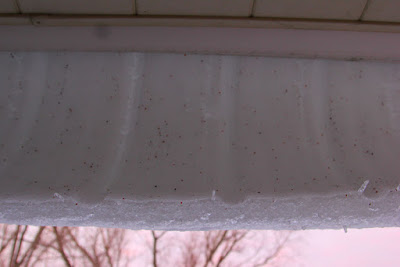 We sure didn't want to be under that when it fell.  The shots were stuck in the fridge then off I drove to Pekin IL to pick up 500 pounds of grain at Big R and groceries at Aldi. The groceries were unloaded first then once all the grain was unloaded, the stalls and indoor arena were cleaned. Anna and Hadassah were begging to be let outside but their foals are just too young to be out in this cold rain and snow packed pastures. Hopefully tomorrow afternoon they can be taken over to the cabin field.
Anna dropped off Taegan and Kensley while she took Hux, their new puppy for his very first vet check up. Hux is a purebred registered King Charles Cavalier and should end up around 16 pounds once full grown. He got a very good report from the vet and right now weighs in at 5 pounds. Yesterday he was exactly 8 weeks old. Anna sent in the paper work to register him in her name. Below are a few pictures of this 'perfect puppy' playing with the girls. 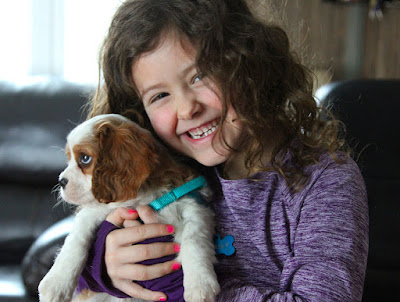 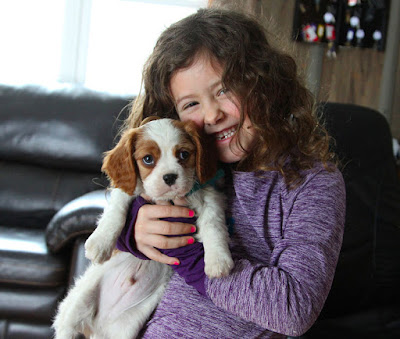 Above Taegan is holding him while Kensley takes a picture of them. 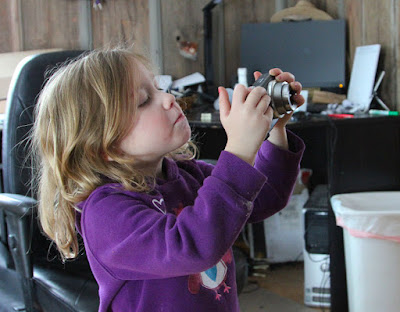 Then it had to be Kensley's turn. This morning Anna and Kensley went shopping for puppy stuff leaving the puppy at home. They got about a half mile down the road and Kensley asked to go back, she was missing the puppy too much. 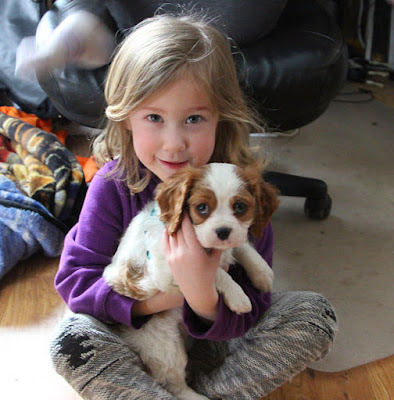 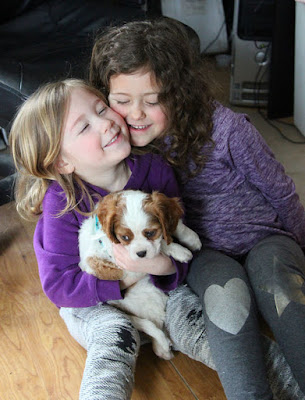 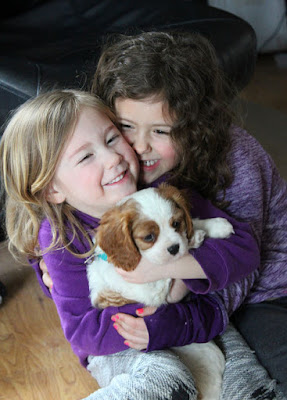 Emma wasn't that impressed with him. 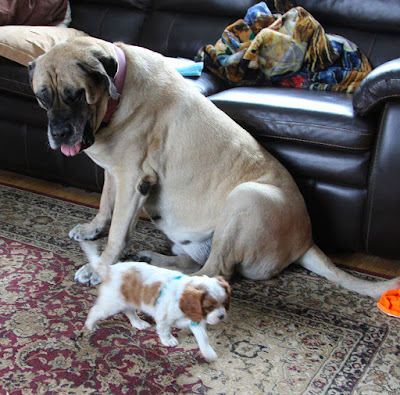 Below they have put him outside to go potty and were all watching when he did. Good puppy! 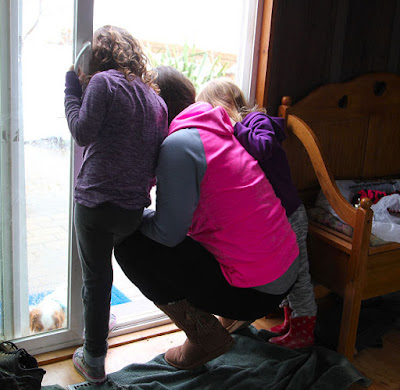 A phone call came this afternoon about Rosalie's filly, the lady is flying to Chicago on Wednesday morning and will be here Wednesday afternoon to look at her.
This evening Marika and Lola were tested and neither are anywhere close to delivery. They were still left inside for the night, it is just miserable outside. The monitor is off tonight, I plan on a good nights sleep.
Posted by Judy Sceggel at 9:10 PM