It was much too late to think about writing last night. We had such a fun fun day Saturday at the 2018 Illinois Horse Fair. The first on our schedule was the halter class judging. Will, Debra's husband (the judging organizer) played a trick on the judges and instead of bringing Jenis in with the class led Amy's mini horse Mocha in and stood there. The kids all had to have their backs to the class as they entered and when they turned around at first there was silence but confused looks, 3 BIG mares and 1 tiny little horse. The announcer announces, "WILL you are in the WRONG CLASS!" and that brought out lots of laughs. Our mares were very well behaved. 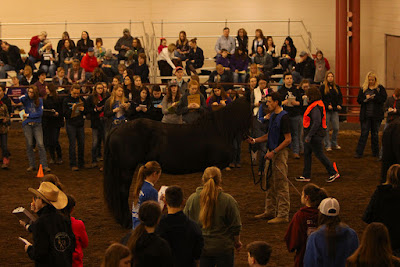 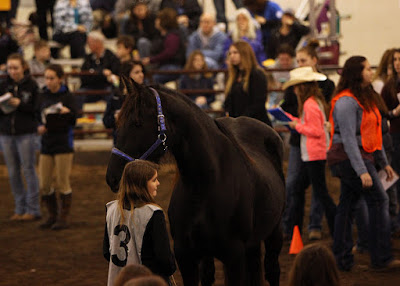 Next was the Western Pleasure riding class. Check out that Western Jog Trot on Jenis and Ayanna below. 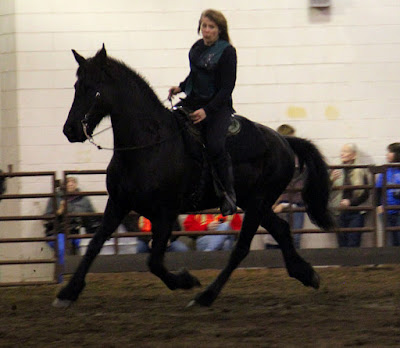 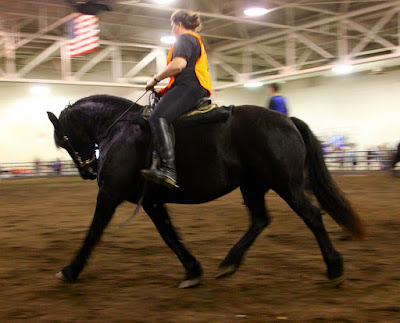 Yes, that was funny but even more hilarious was the lope! The thunder of those 4 big mares galloping around the arena was awesome but that is NOT what Western Pleasure is all about. 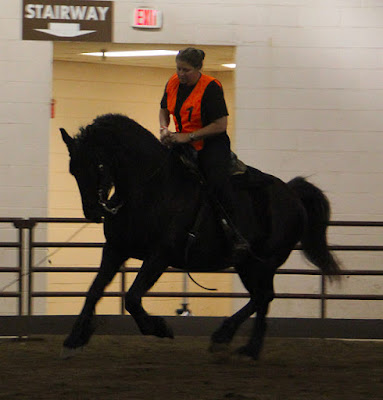 Below they are walking back relieved to have survived that. 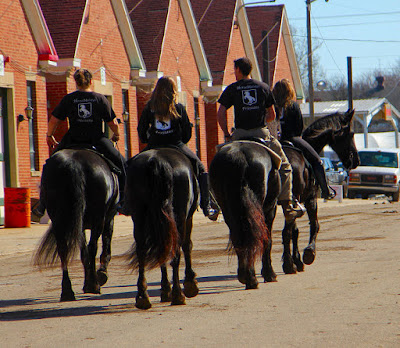 We had hundreds of visitors at the stalls, so many that when I went to see some of the other breed and sport disciplines Beth was left in charge and unfortunately SHE, who knows nothing about horses, was asked all kinds of questions. She is such a good bluffer that most people left there with more questions then they asked. 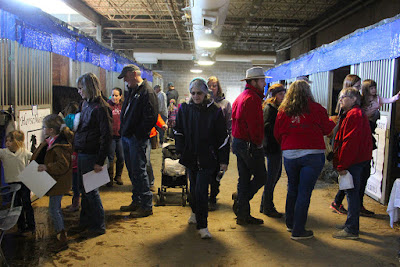 Amy's daughter Sarah was so surprised when a lady came running up, her hands shaking exclaiming, "A MINI FRIESIAN, Oh how WONDERFUL!" Sarah explained, she is not a Friesian just a mini horse and that brought the response from her, "Well I'm from Chicago we are kind of stupid."
I was explaining to an older lady that the reason this Friesian was so tiny was that the owner stuck her in the dryer too long. When I saw the horrified look on her face I was quick to explain, "that was a JOKE!"  Never never over estimate the public's knowledge of horses. I really wanted to watch Becca Watson during her Trick Horse Demo. 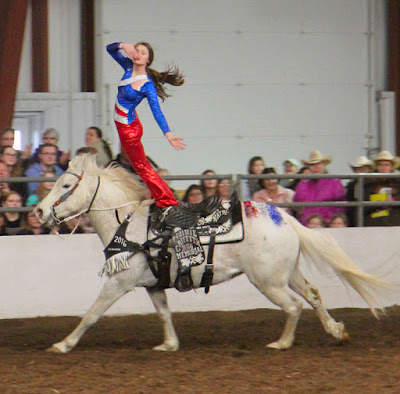 She did GREAT. If you would like to see the rest of those pictures click HERE.
The play went very well.I will say though, Phil was in the audience and as he was watching the play someone behind him exclaims, "why that guy is wearing tennis shoes, Isn't that illegal?" and then another says, check out those toes on that character playing Barrel, they are pointing straight down." Right after that the announcer says, "WOW these are some WELL trained horses!" Now just for the record Caleb, the guy playing Barrel was a vaulter, he was trained to point his toes down. 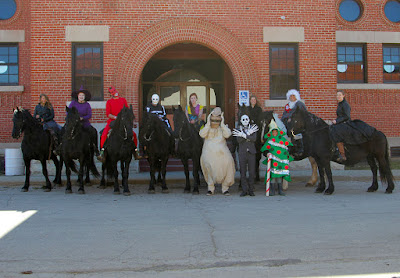 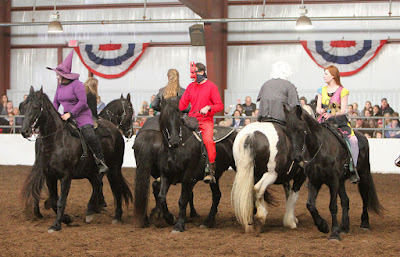 If you would like to see the rest of the pictures of some of our Saturday click HERE. We were SO proud of Evan and Shaeya for their demo. 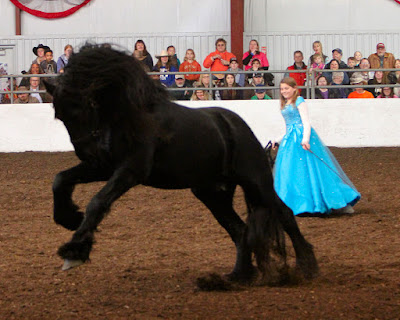 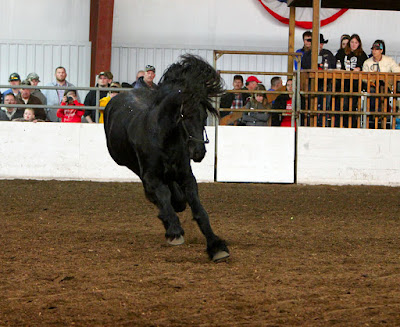 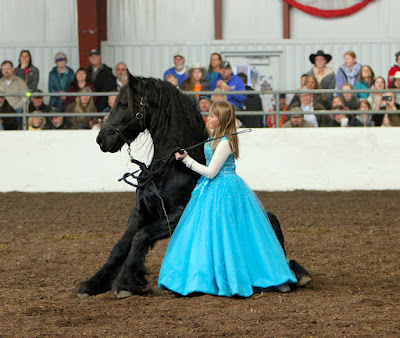 If you would like to see a few more of those pictures click here. Karin, Amy and I stayed until 5:30 pm, fed and watered the horses, kind of cleaned up then headed to the hotel for another great meal. We are staying at the Drury and I HIGHLY recommend that hotel. This is the 3rd year our group has stayed here. They serve us an amazing breakfast and supper and have a HOT TUB.