The weather is still nice, so nice instead of training horses Karin, Jessica, Sarah and Anni went hiking on the Rock Island Trail with their dogs. They posted the pictures below of their hike. 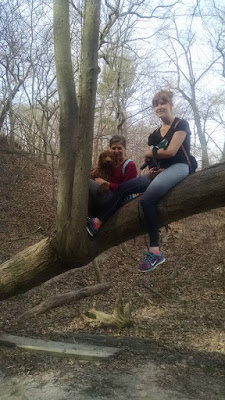 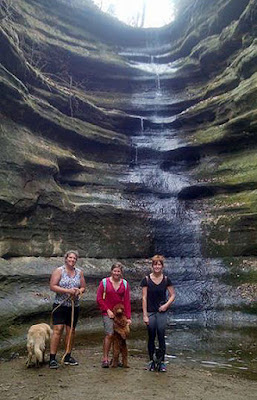 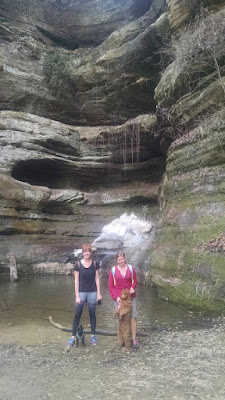 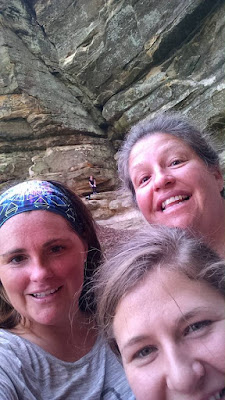 I spent the morning organizing the tubs we will be hauling down to the fair and cleaning the stall barn. The indoor arena was cleaned and watered well. The horses were grained but none of them teased. I'll do that tomorrow. All the mares were checked. They were enjoying the warm sunshine too, most of them were laying flat out sound asleep when I went in to check udders. Thankful that Anna's udder is still flat. Mike and Diane spent yesterday afternoon and evening at Middle Grove. The  horses there are actually grazing more than they are eating the hay. This amazing weather is really helping our hay bill. Hoerr vet clinic was called to make an appointment to get a few horses sonagrammed but the vet clinic was closed due to a holiday which I forgot. That meant we couldn't get any mail either, which means Berean's will have an easy day tomorrow. We have a lot of work left from last week so this is probably good. Ellen called to remind me that there won't be any mail tomorrow. The lady that bought Marika's 2015 colt posted the pictures below. He has turned out beautiful. 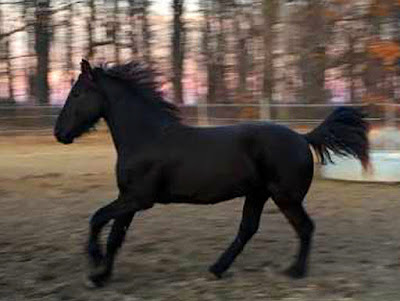 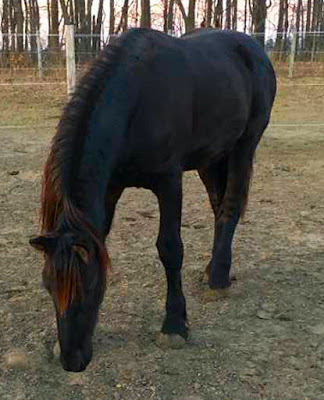 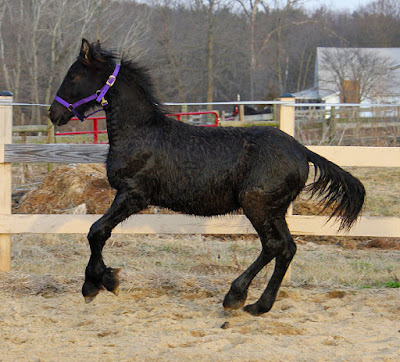 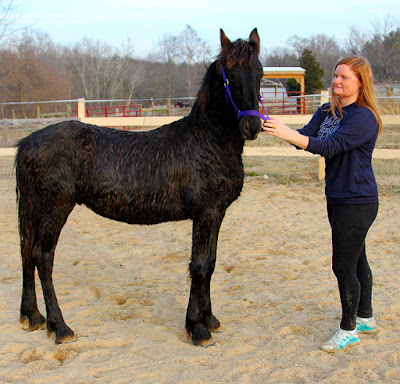 Marika needs to be brought back from Middle Grove and bred but this year we are going to use Evan on her.
Posted by Judy Sceggel at 8:08 PM