We had a beautiful sunrise for this last day of the year. 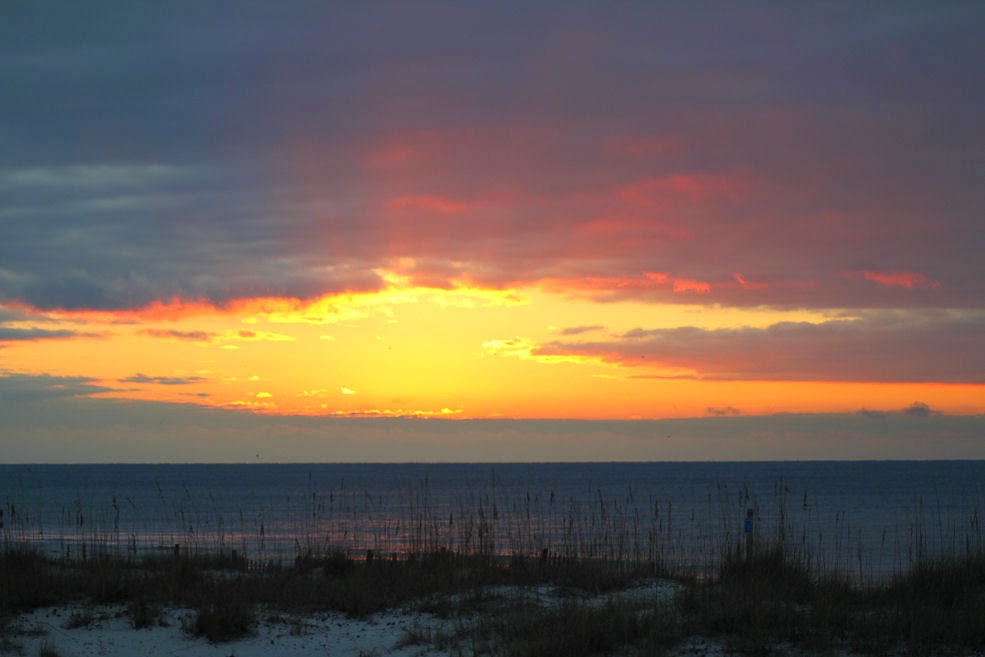 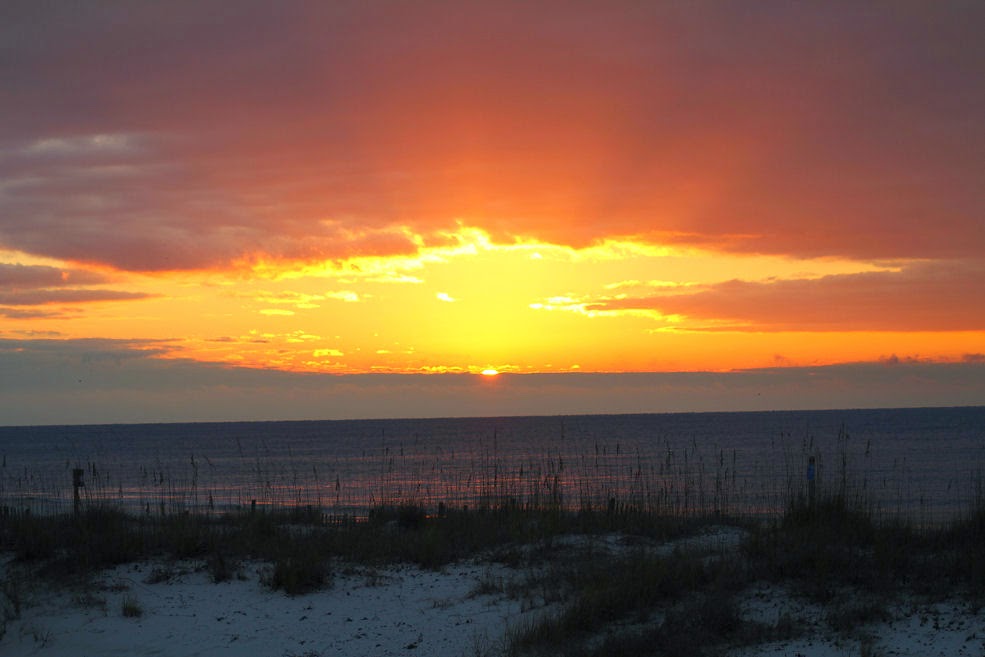 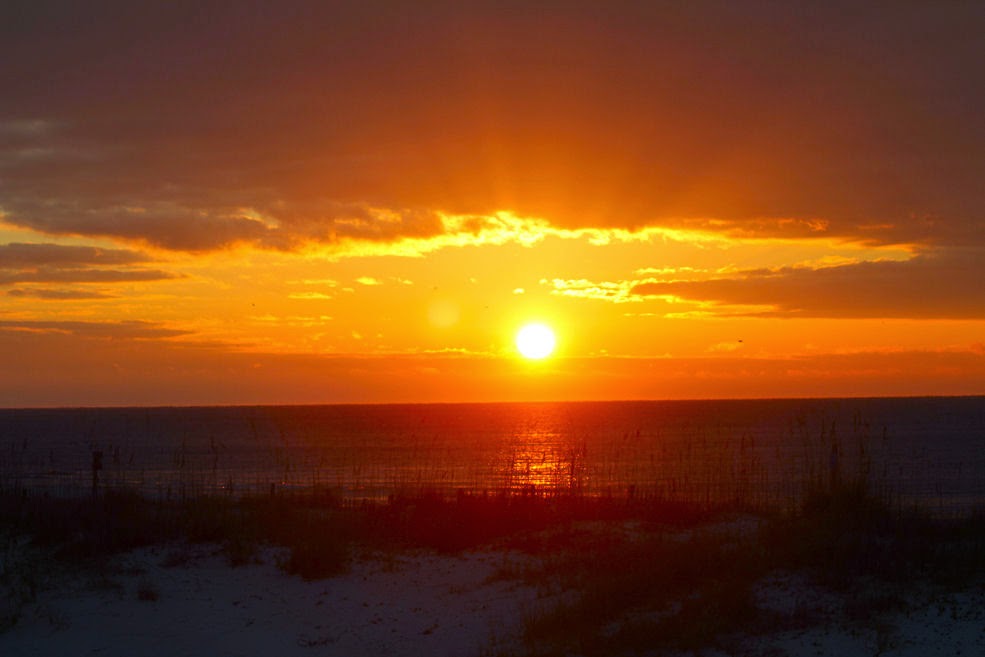 The weather was pretty cool this morning. Mark and I walked to the lagoon after breakfast with our coats on but didn't need them on the way back. Bethany and Bill beat the volley ball players over and came in to warm up before the game. 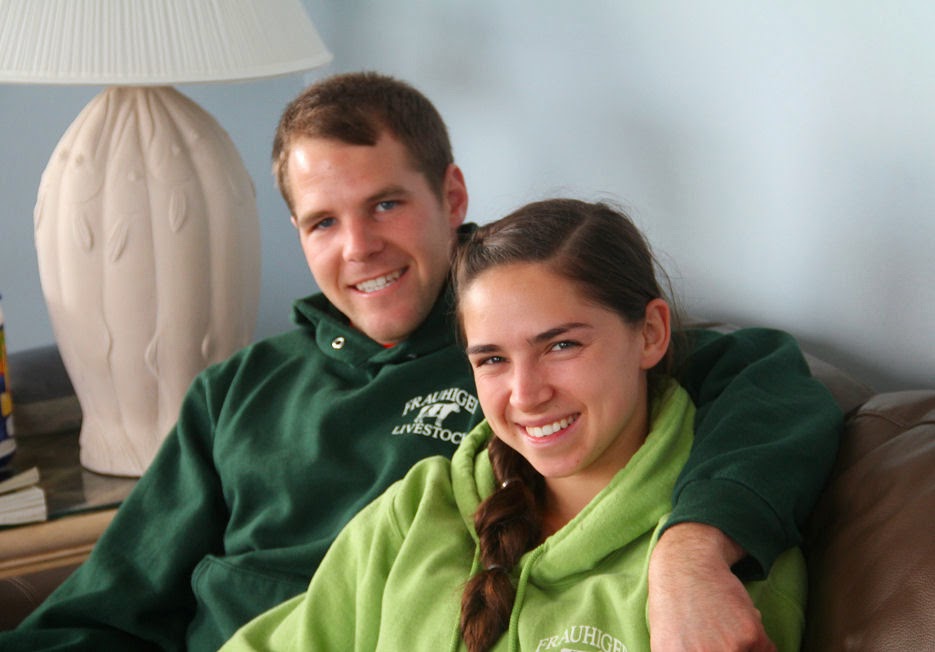 Mom was checking the computer before heading outside for the day. 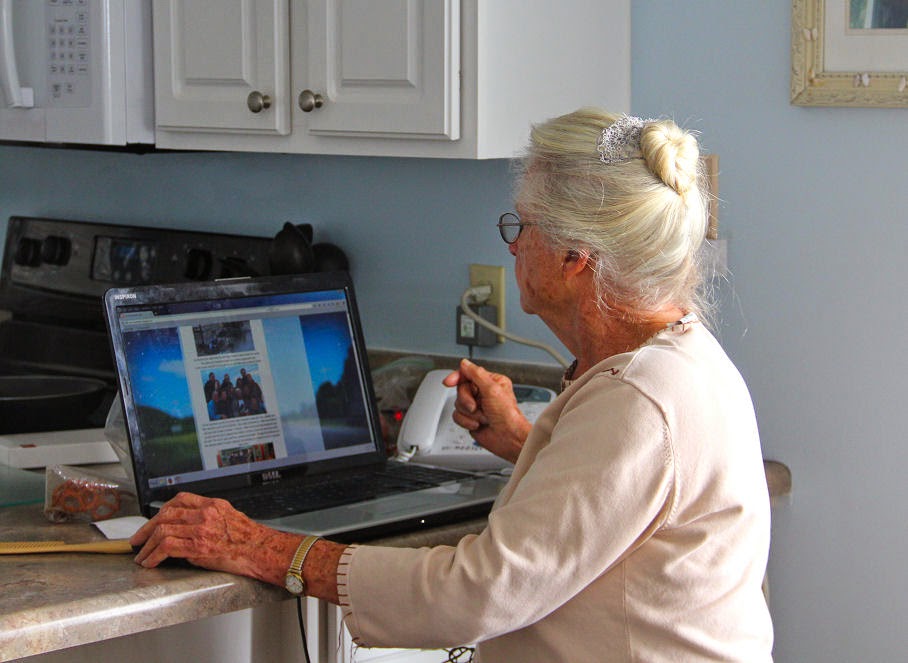 Logan is getting ready to serve the ball 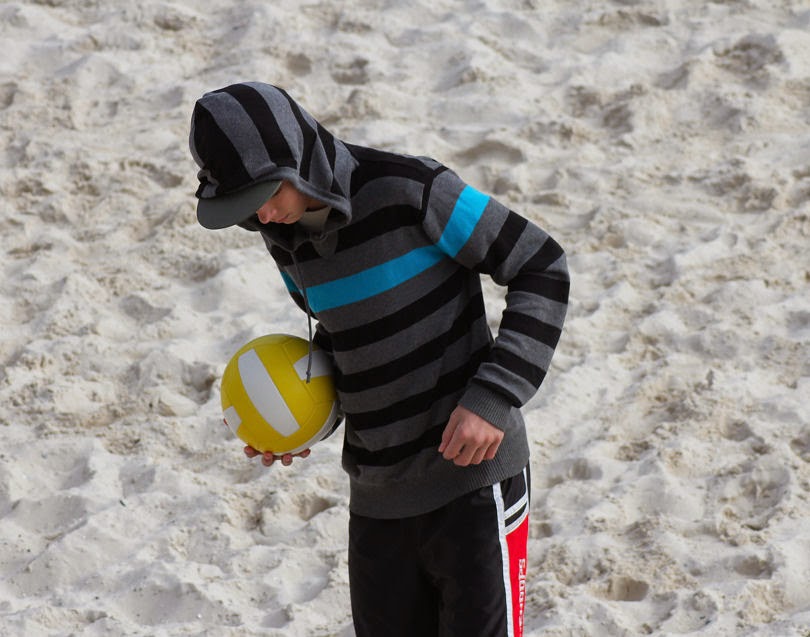 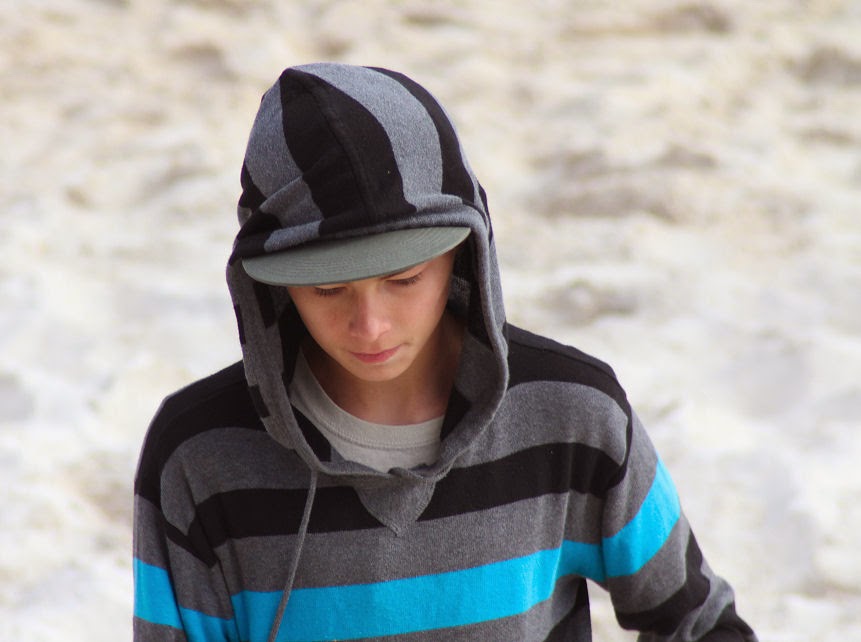 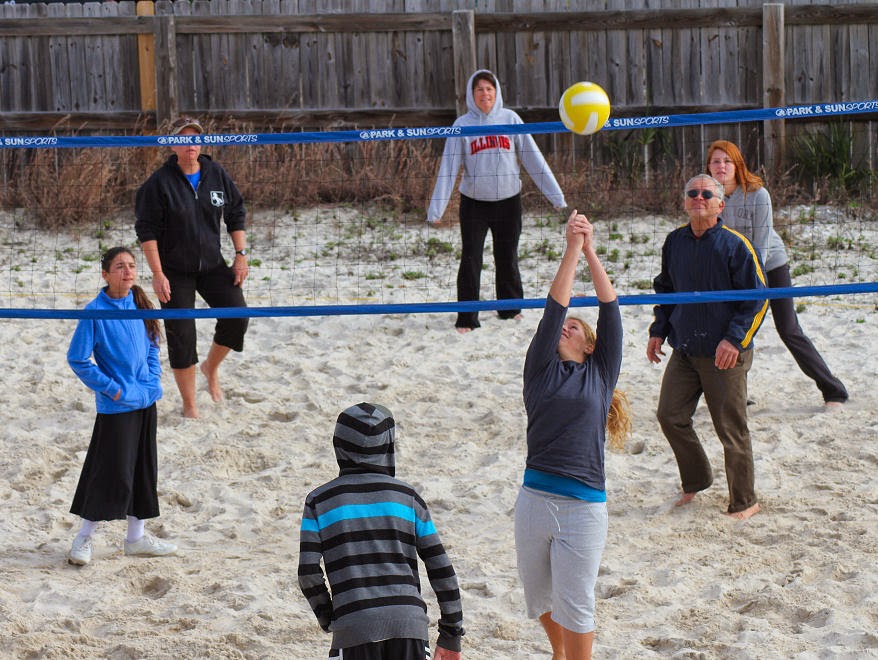 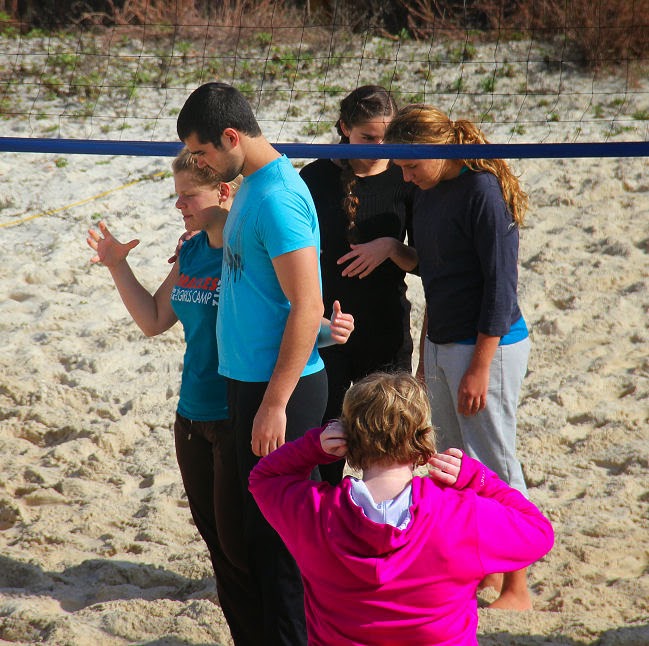 The warm sunshine had everyone in our group migrate over to the pool for the afternoon. 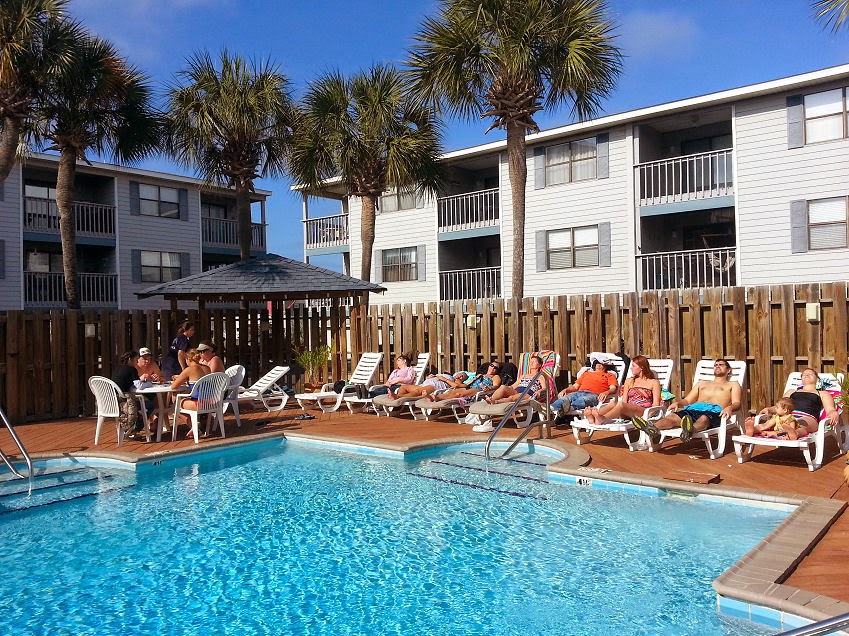 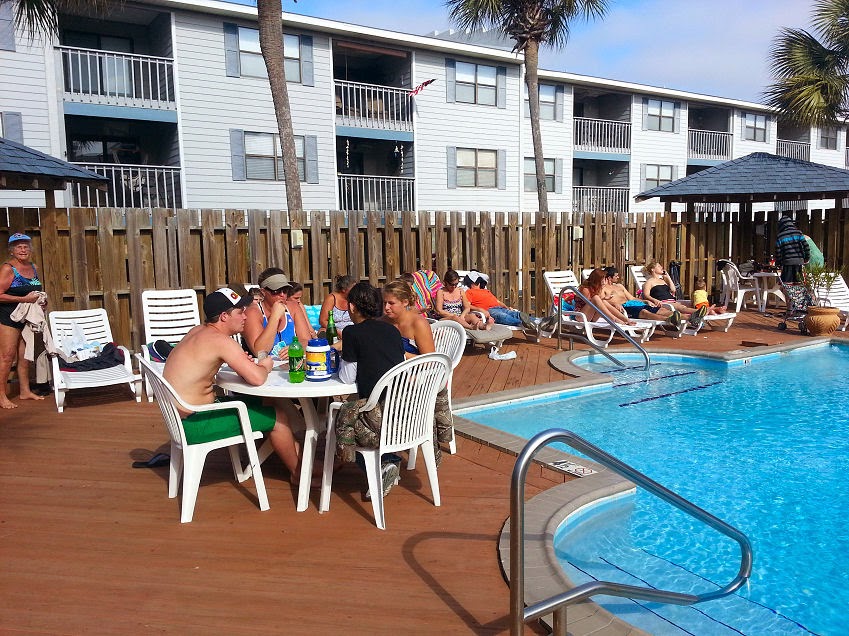 Jordan enjoyed the toy his mom gave him, the chip can. 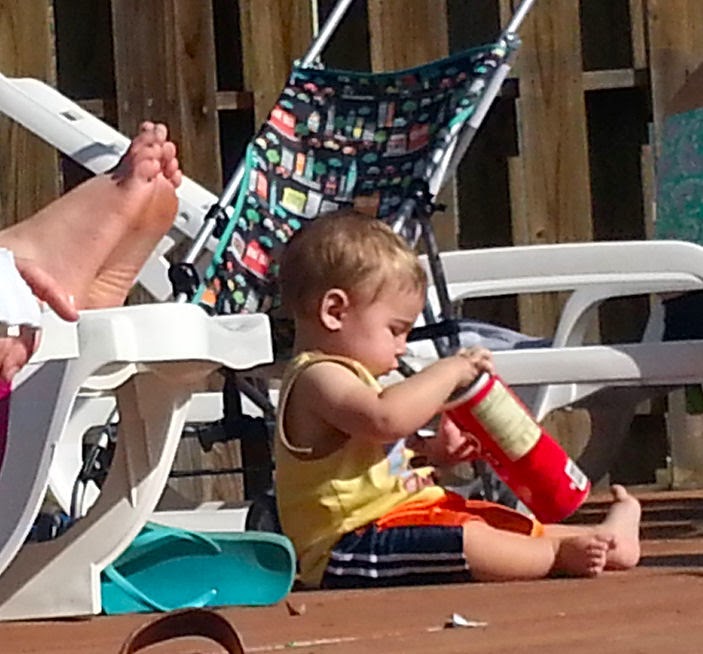 Diane decided to move her chair and cushion to the other side of the pool, the cushion folded up on her and she was walking around blind taking directions from everyone there. It was just a good thing she didn't listen to everyone she would have ended up in the water. 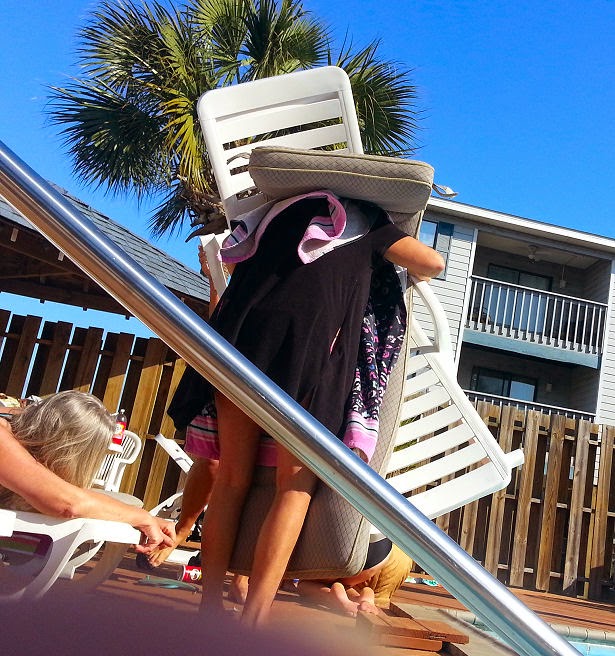 Most of us decided to migrate over to the hot tub at Ruth's condo when the clouds came rolling in later in the afternoon. Ryan and Logan were still playing on the beach on our walk over. 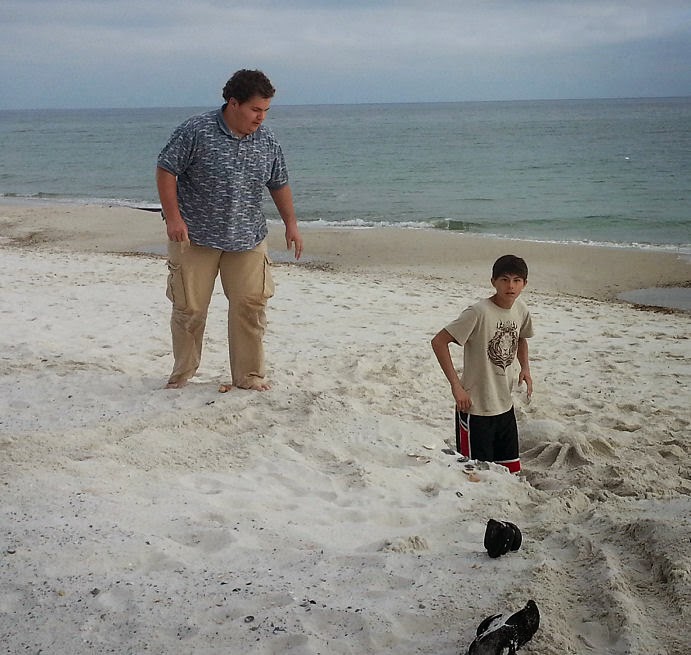 Below is the indoor hot tub, they also have an outdoor hot tub at this condo. 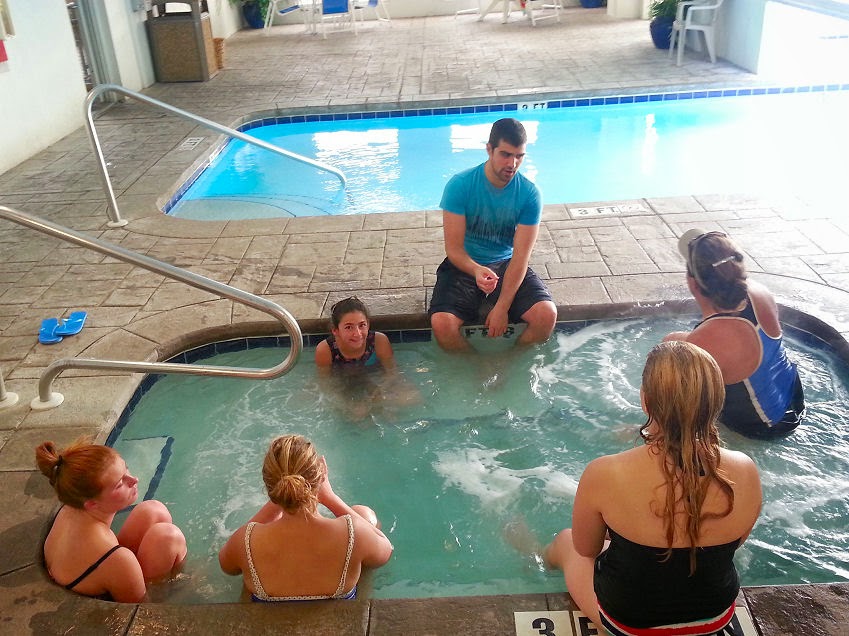 Joan and Tim took a van load up to Lambert's the Home of the Throwed Rolls in Foley for dinner. 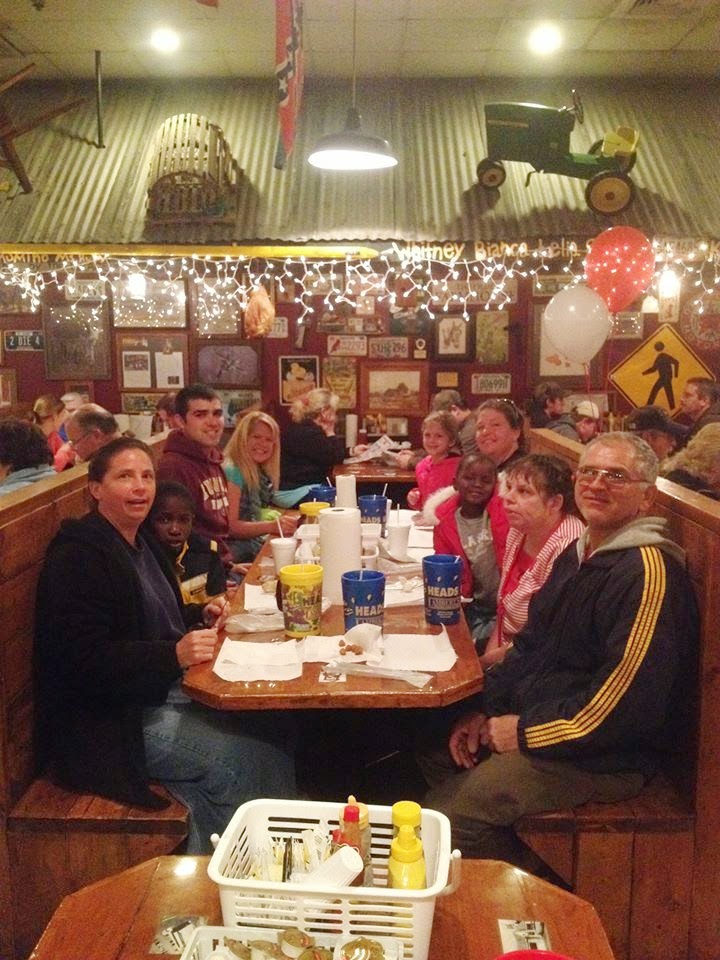 After dinner they drove over to the Wharf to play in the bouncy houses and take a ride on the giant ferris wheel.We went to King Neptune's for fried clams then over to Beth's for a new years eve party. 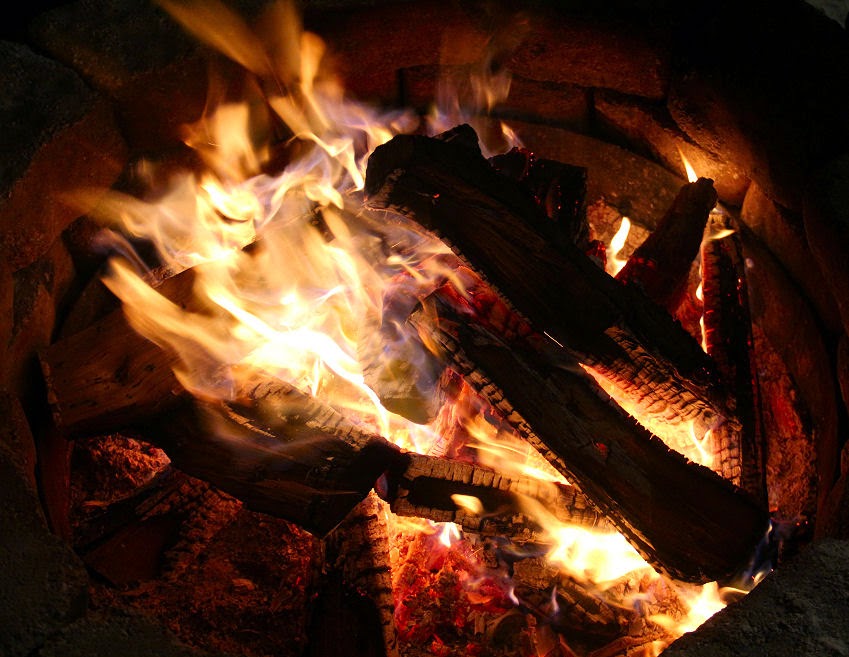 She had the fire going and everyone brought food. Below Sarah has made the perfect marshmallow. 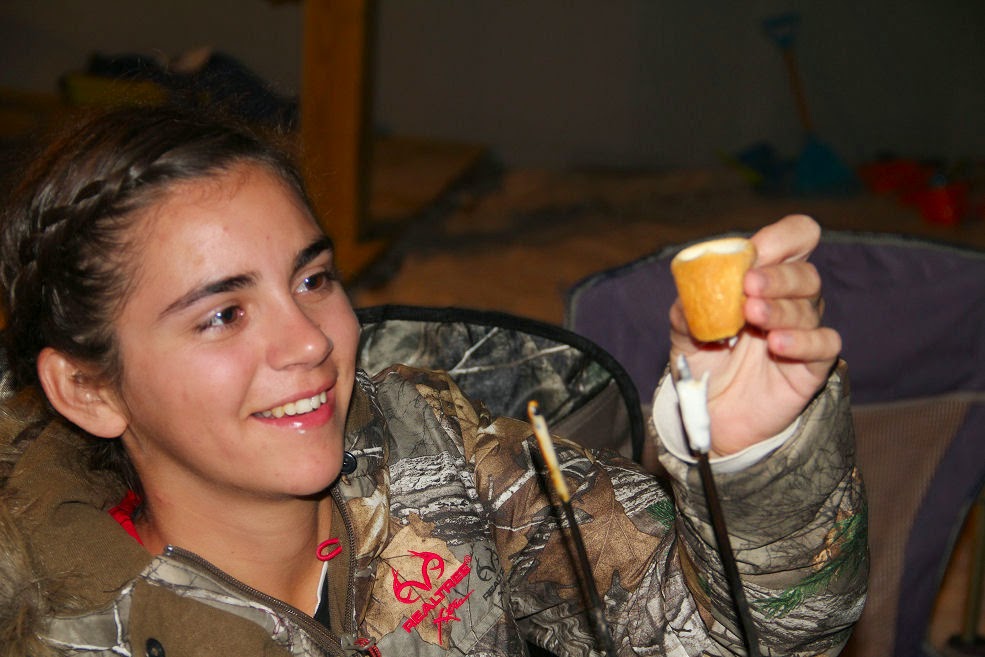 Faith, Mackenson and Berlica were playing secret agent all evening. 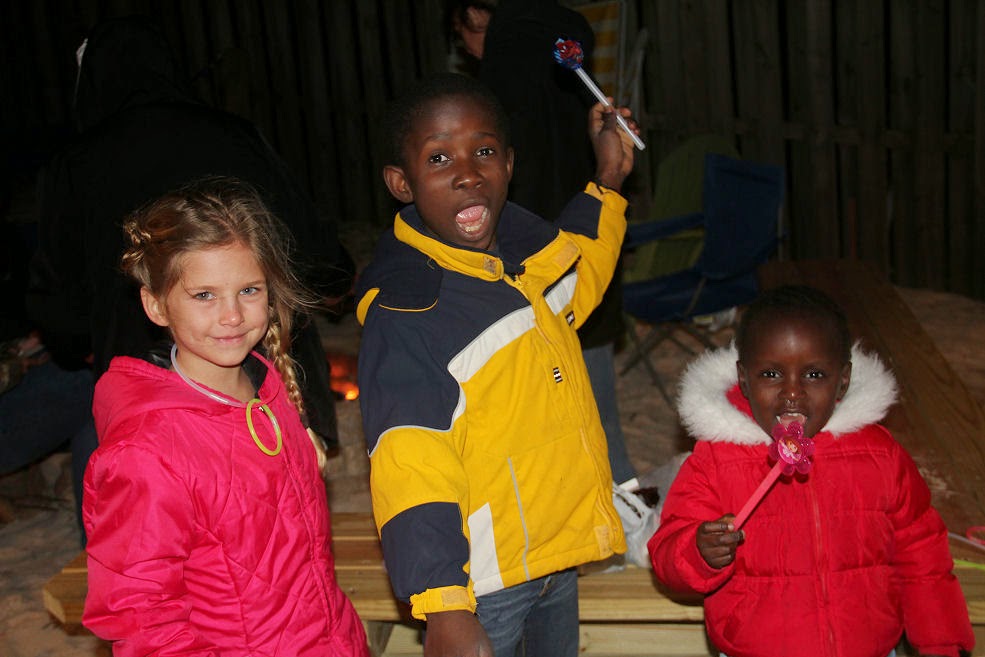 Dan and Susan were hosting games indoors for those who didn't want to stay outside by the fire. At 10:00 pm they are taking anyone that wants to go up to the pier to watch fire works. Mom, Mark and I decided to come watch them off mom's balcony. 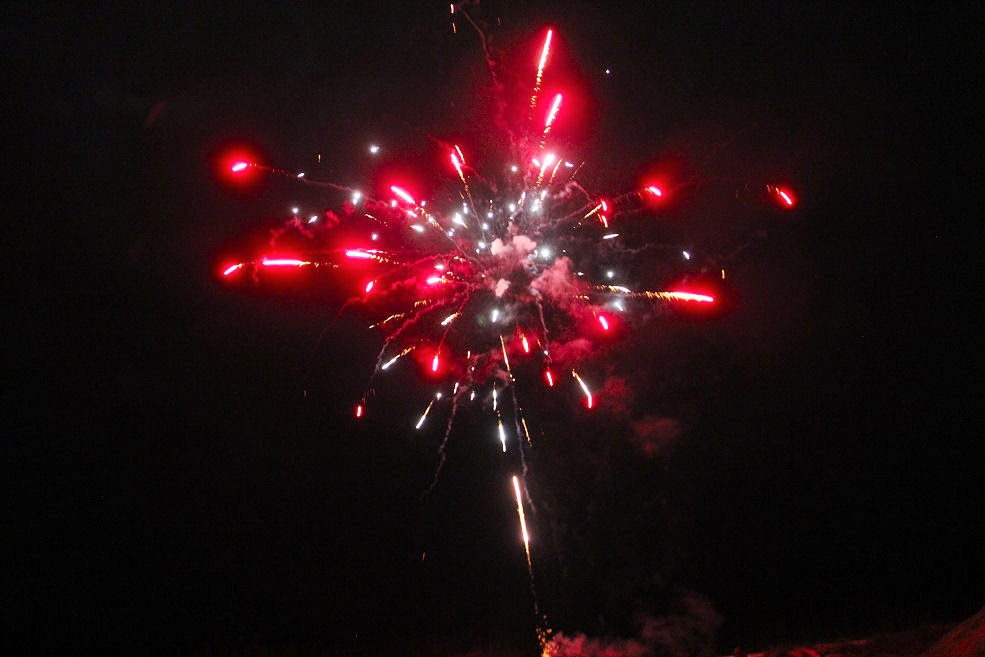 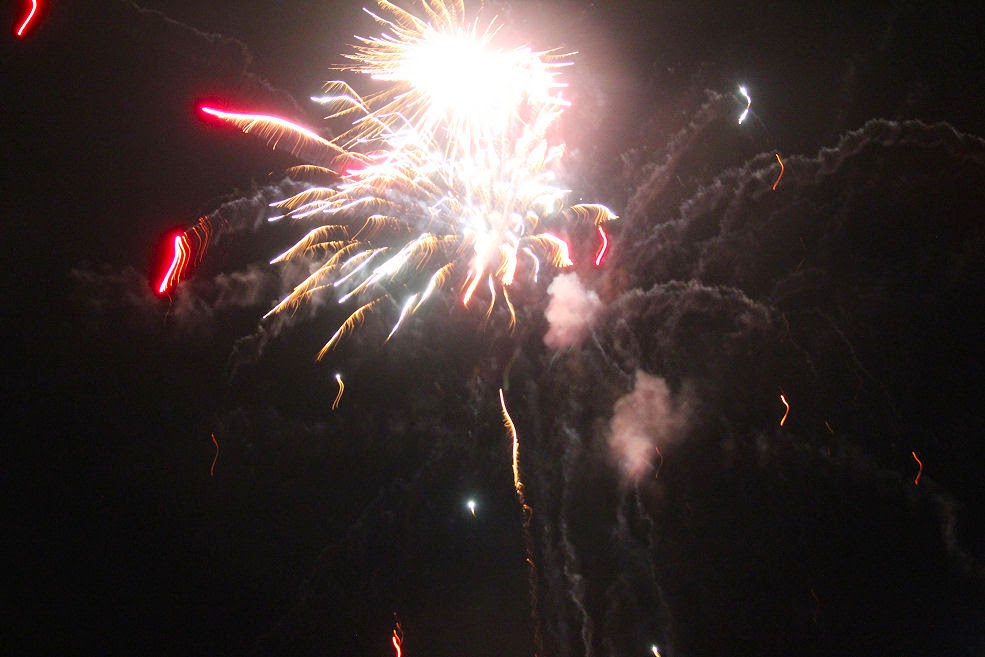