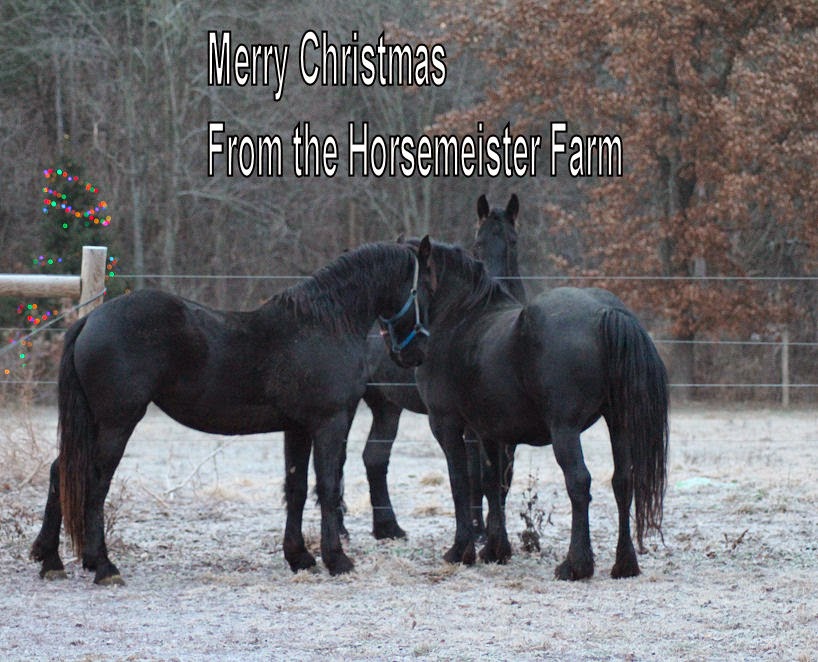 We have been receiving beautiful Christmas cards and want to take a minute to thank each and everyone that sent one.
Treasure was put in a stall this morning, fed there, groomed then left inside to dry off before her owners arrived. After breakfast Mark and I drove in to the shop to pick up a few things then to the bank to deposit checks. Treasure's owners sent a text that they would arrived around 11:00 am so we came straight home. That was a good thing they arrived shortly after 10:00 am forgetting the time change. Their trailer had a ramp and Treasure had not seen that before. She was afraid to step up on it so carefully jumped it to get into the trailer. After they pulled out, Karin pulled out Evan for a refresher course. She had worked him yesterday and was very pleased with his progress. Today he did almost as well but when the Oksana and Anna came into sight in the field Evan attention span disappeared fast. Karin has to work him a bit to get his attention back on her but he ended on a good note. 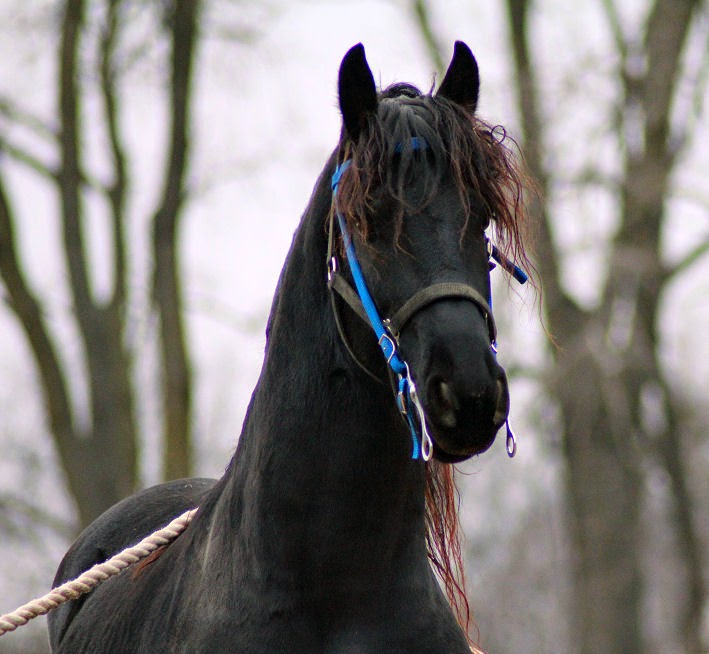 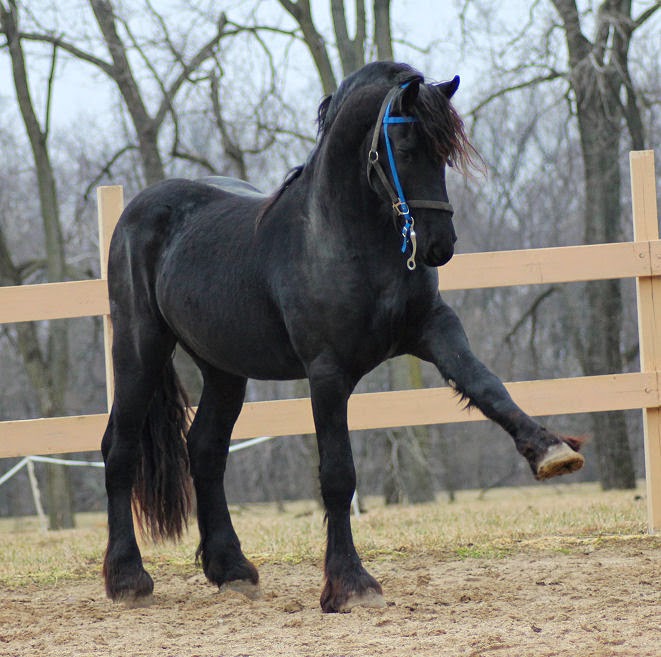 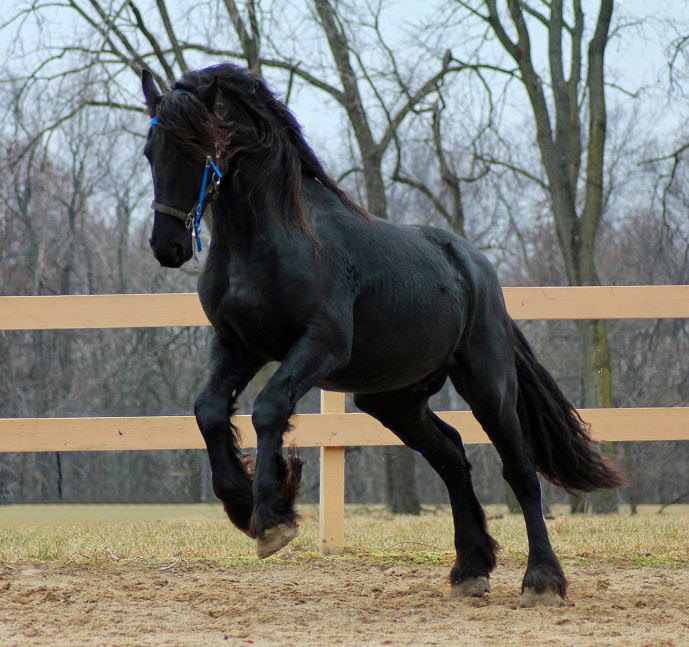 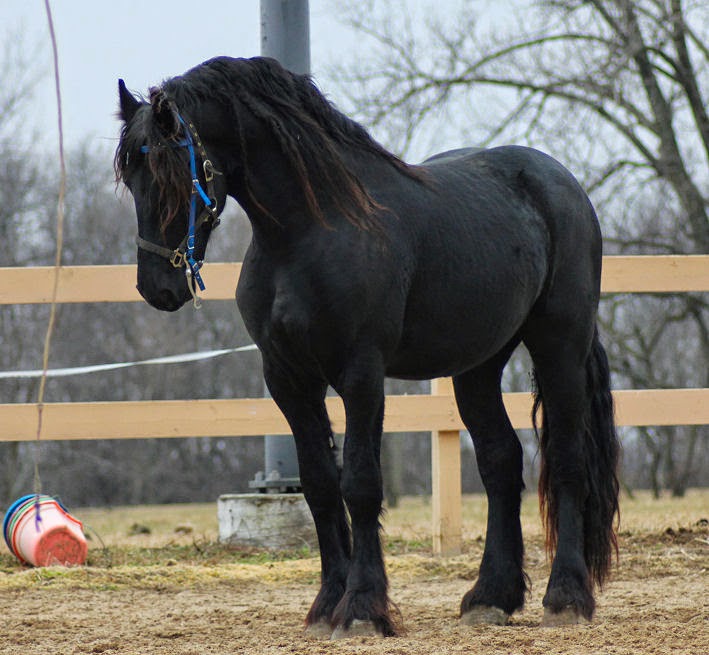 Once he was put away we took the new golf cart into the field to bring out Oksana for her session. Anna decided to follow so she was put in a stall and grained while Oksana was cleaned up. These mares both found a nice muddy area to roll in. Oksana was kind of spooky today but Karin is pleased with how she is progressing. 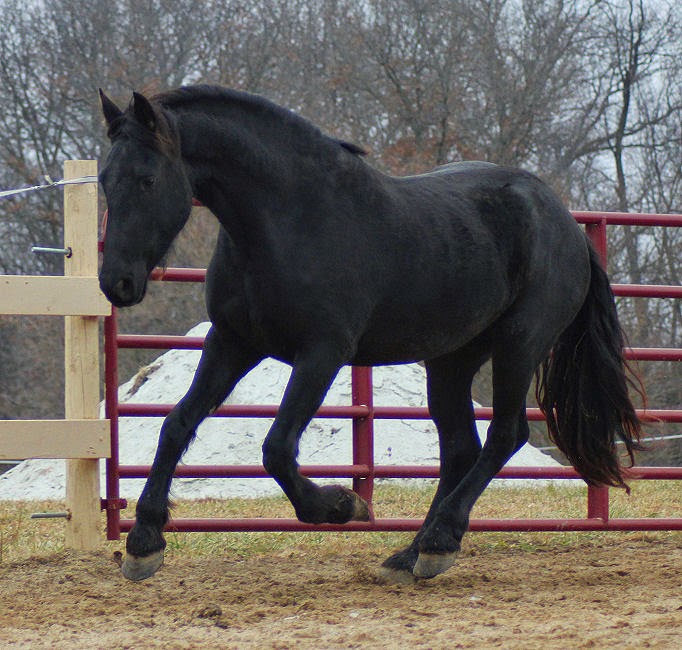 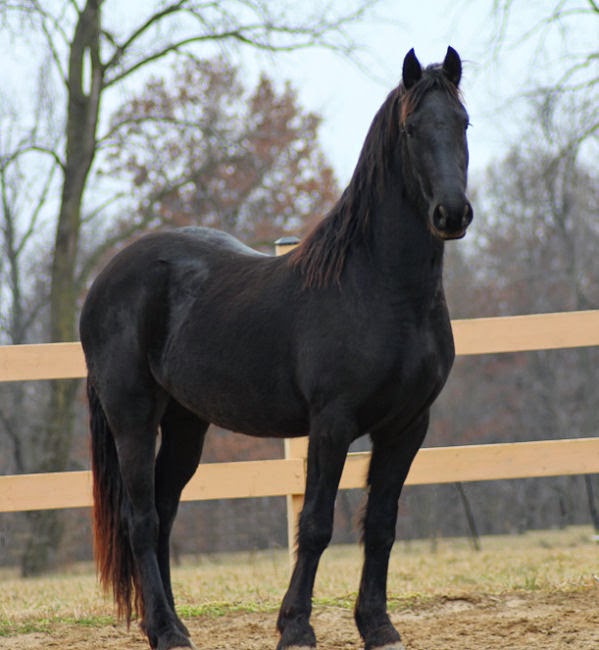 Oksana at 2 1/2 years old is rump high but that will change as she grows. She is going to be a big baroque style Friesian and acts so much like her mom Eliza. I didn't stay out and watch the entire time the weather was just plain cold with snow flurries.
Mark and Tim split wood until dark.