Karin and I took Whitney and Ripper out to Middle Grove this morning. Whitney was so thrilled to be back out she took off at a gallop thundering across the hills to find the herd. Ripper had a tough time keeping up with her.  As soon as we got back Karin pulled Evan out for some round pen reasoning. She didn't have a lot of time, she had to be at the Handicap Home by 11:30 am, but she had enough to evaluate what we need to do with Evan to make him more reliable when passing another stallion.
Evan put on quite a show. 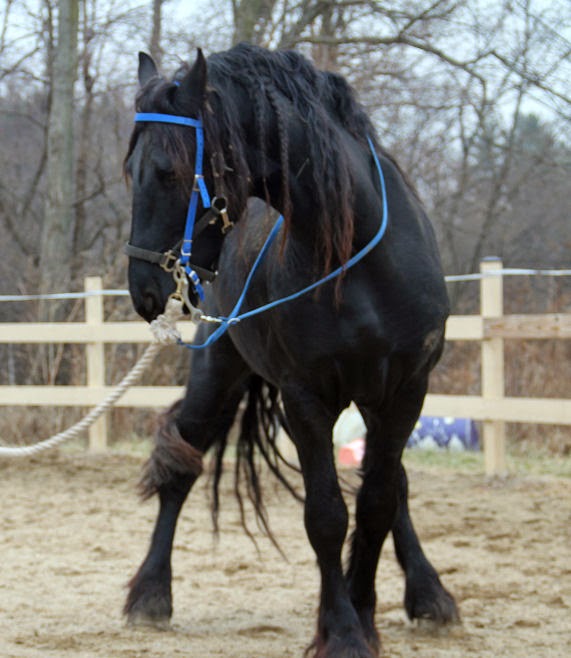 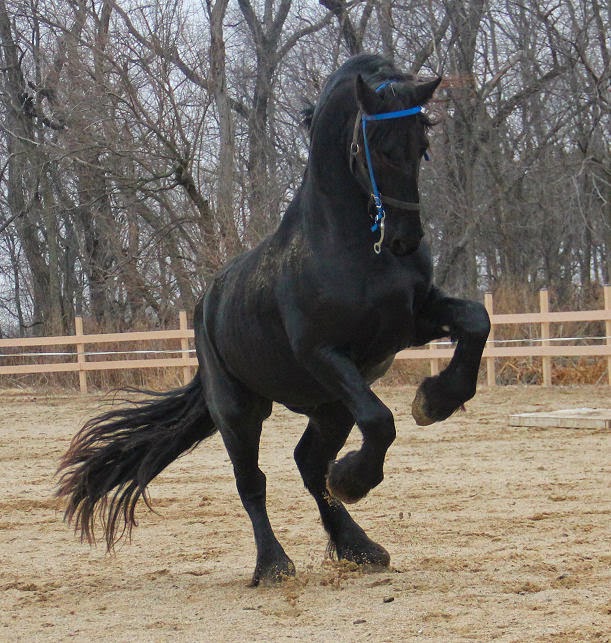 He was so excited to be in the sand arena he was jumping up with all 4 hooves far off the ground. 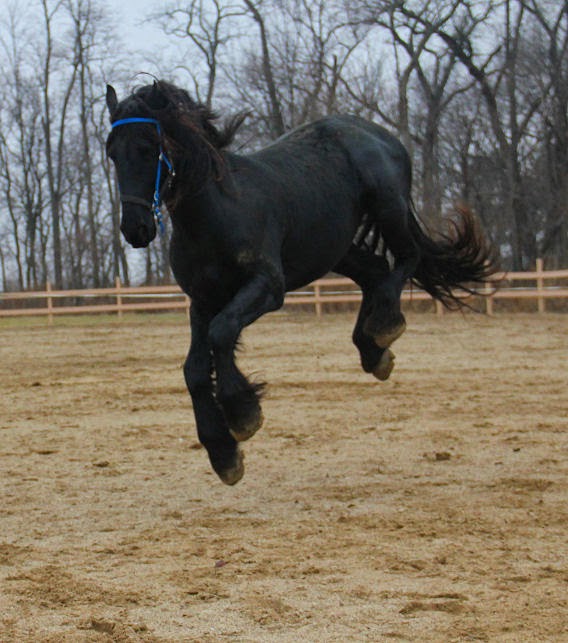 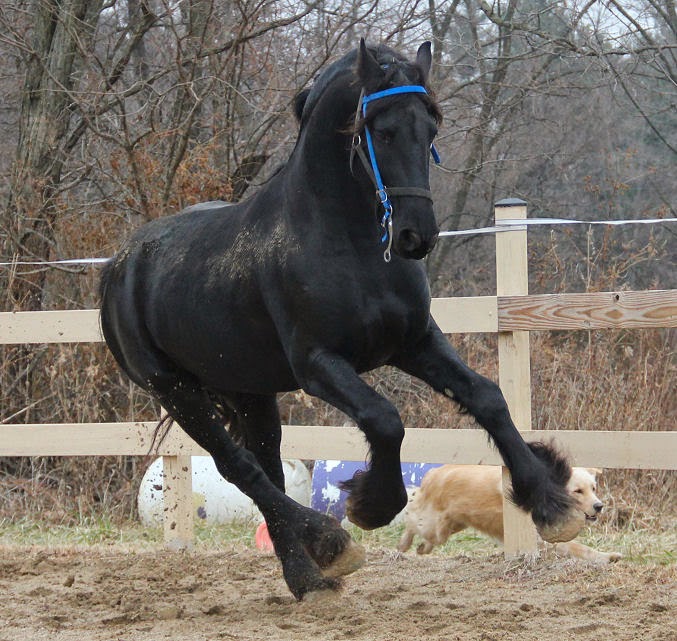 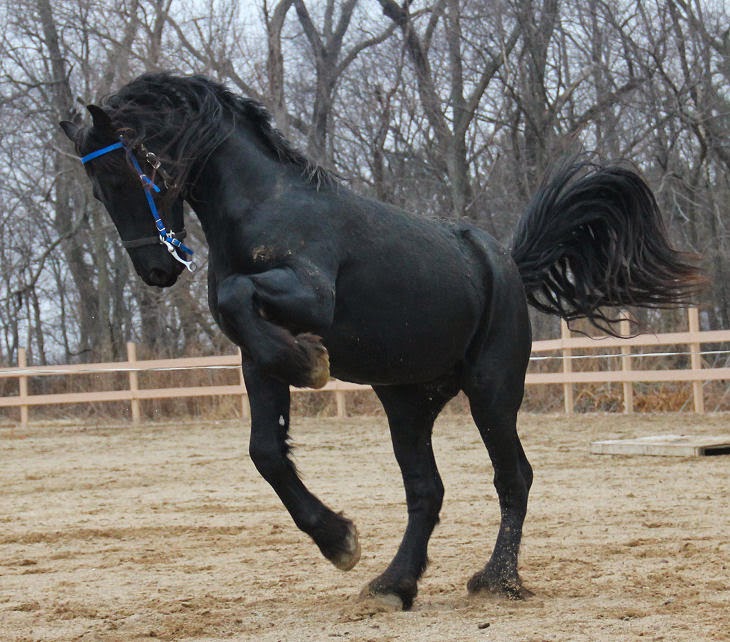 The best thing about today was he actually listened to Karin and improved dramatically within a few minutes. If he would have been groomed before taking him out the pictures would have been posted on the website. All three boys are really looking good weight wise.
Philip needed the skid steer down to the pond where he and Mark were working on the overflow. No pictures of that, it was a muddy job but they got it done. Mark used the skid steer to knock over the old overflow so he could see where it is leaking.  Anna and Oksana were turned out into the big field this afternoon. Anna walked over to greet Valiant while Oksana took off bucking and galloping around then realized she was separated from Anna. 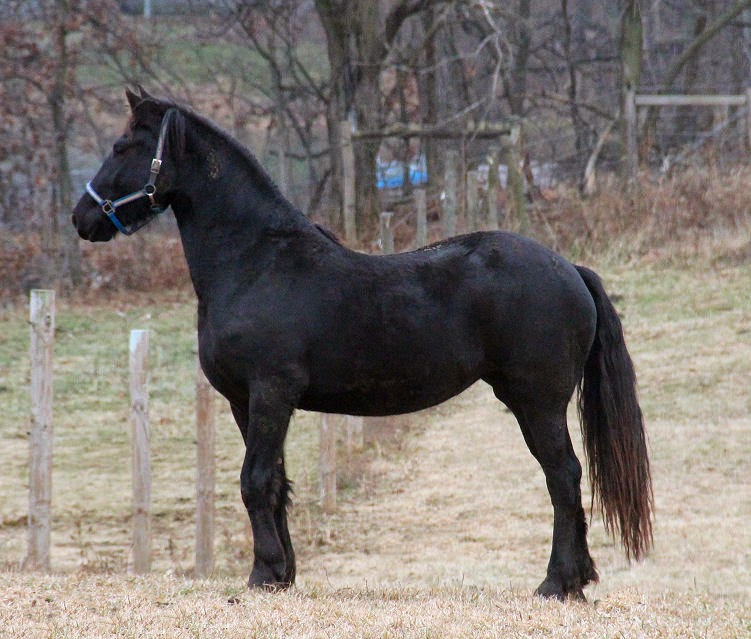 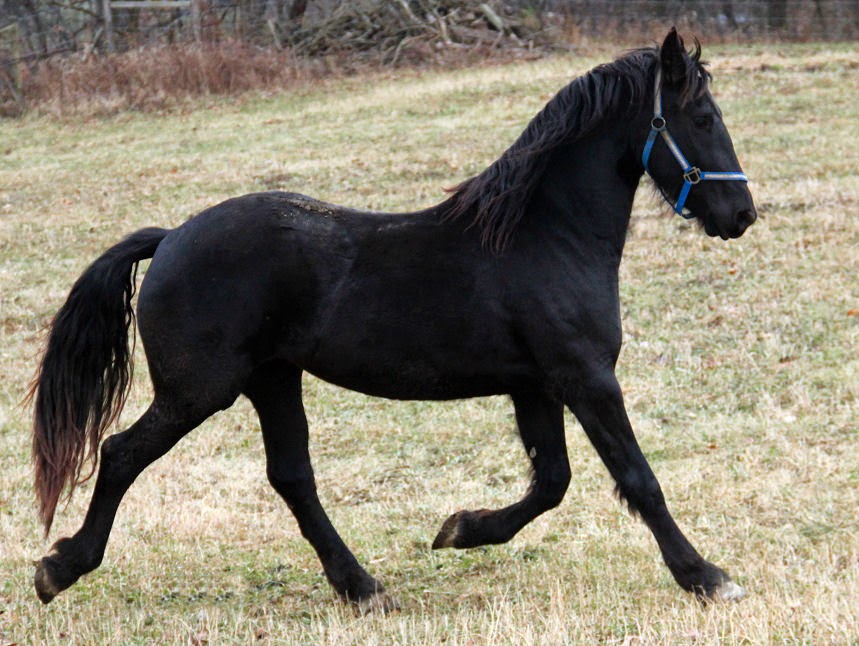 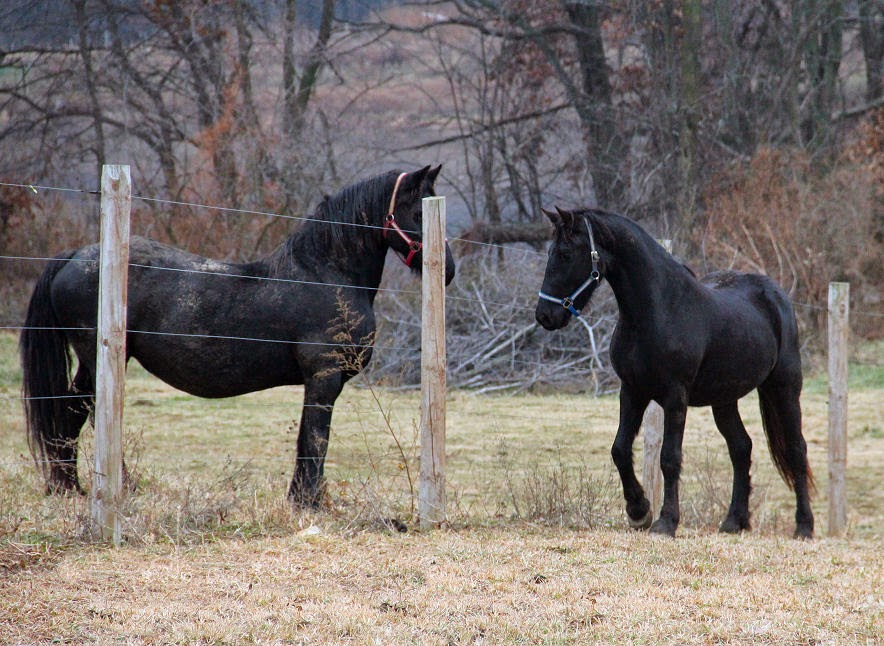 She figured out how to get back in with Anna and this afternoon they were grazing together.
If the weather holds for Monday Karin is going to work Evan again and then introduce Oksana to round pen reasoning. They will be groomed FIRST. Anna's udder was checked and it is not filling up yet, she is just so huge we are checking her everyday for any changes. We had a warm 51 degrees today but no sun shine. The sun hasn't been out for days but at least it warmed up. We are suppose to have above normal temperatures until Wednesday then it gets cold again.
Nancy enjoyed playing with Miss Molly's puppies today. Karin took her on a hike to check out the trails then a golf cart ride. Dan, Sophia and Abram came over with Diesel, Dan's Great Dane. This boy would never bite but his tail is lethal. Rachel brought Sasha's puppy over to play with mom's Karin's dog Studly was there, Diane's dog Ebby showed up and all of a sudden mom's house was going to the dogs. Good thing I didn't bring our 2 over. After everyone left Mom made Nancy's favorite meal, spaghetti, for supper. After supper I took her shopping at Walmart where we picked up some groceries and a nice poinsettia for her house before taking her home.