Pam the owner of two beautiful Raven daughters sent these pictures today along with this update:
Hi ! I am Pam Buterbaugh, producer of the EQUIMANIA SHOW. We purchased two of Ravens babies (as yearlings) for our show. They began intensive training as soon as they arrived and began their career with our show before the age of two. Every year they have continued to develop in their training beautifully. Dianne Olds Rossi and her horse Fire Magic will be relocating (from Ca.) and staying at our facility for 2015. She will be joining EQUIMANIA SHOW and we have the great honor of her assisting us in finishing Cadla and Dana off in their training. Also another reason for her coming to the east coast is, she and I along with Jeff Wilson will be doing some touring on the east coast promoting Freestyle Cowboy Dressage. Cadla and Dana will be a big part of that.I have made some collages of Cadla and Dana for you. Hope you enjoy them. I will try to send some videos at a later date. Pam 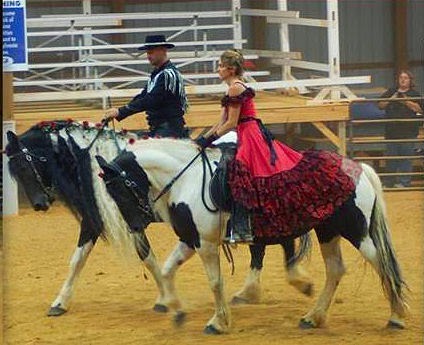 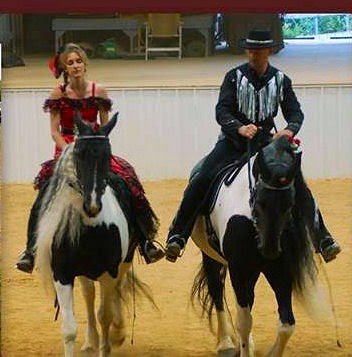 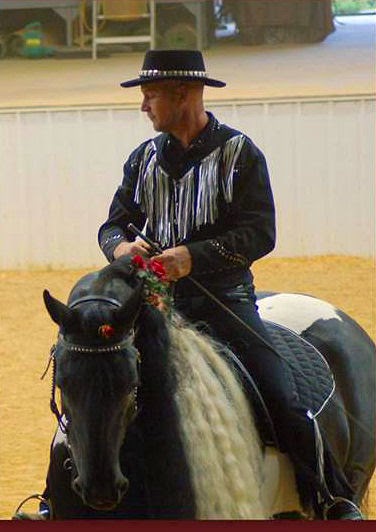 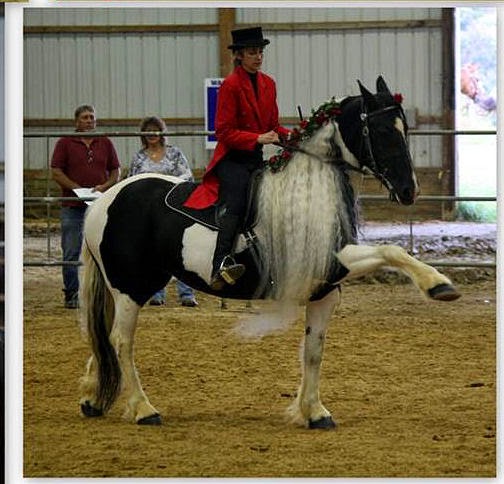 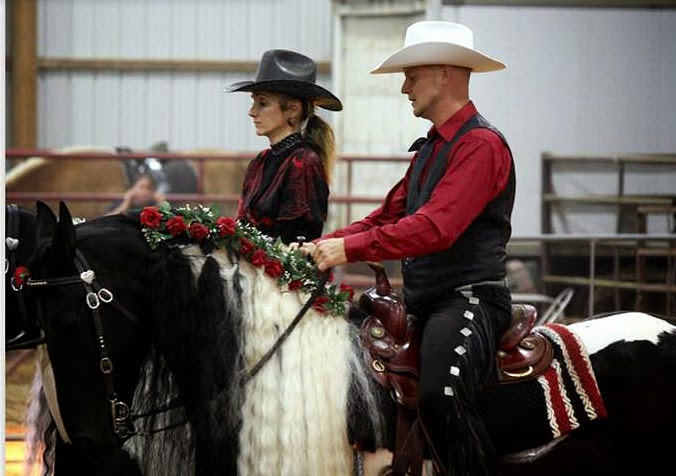 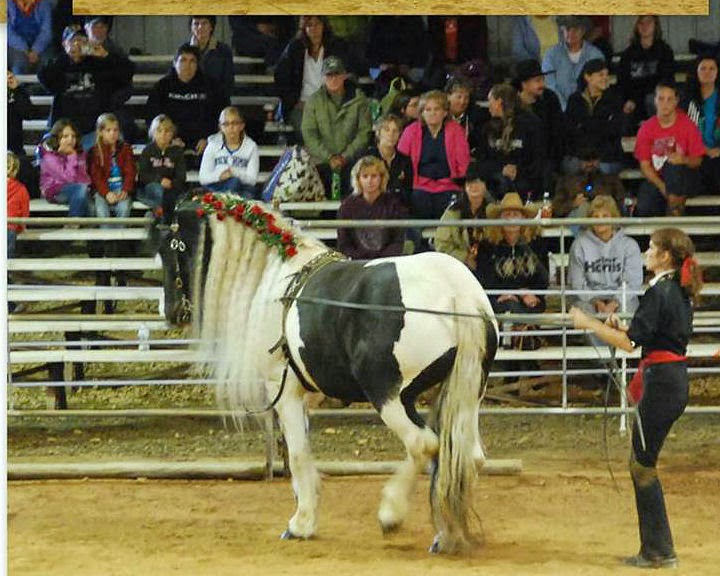 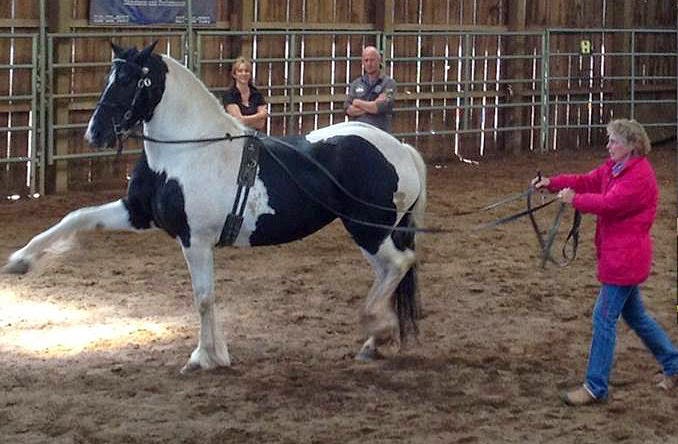 Hard to imagine anything producing such gorgeous horses and to think they are both Raven daughters!  Thanks so much Pam for sending along the pictures.
On the walk the weanlings and Oksana were all inside the shed when Ebby, Diane's dog took a bone in the paddock to hide it. Imagine her surprise when the horses all came out to see what she was doing. Ebby was so worried they were going to steal her bone. 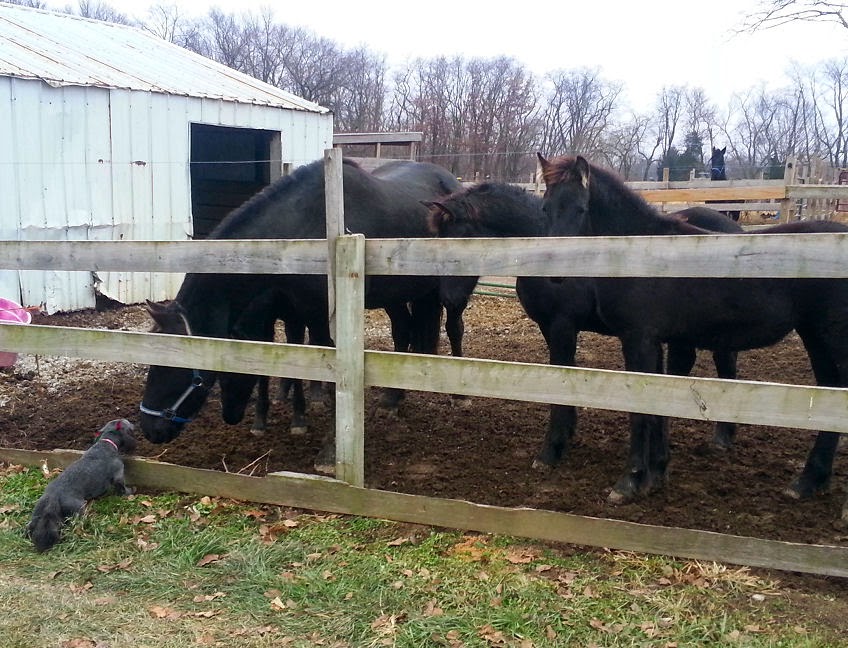 Diane and I went in to work on the Berean letters. Thankfully Lisa dropped of a couple of her kids, Wes and Maddie. Spark came in to check on our work. 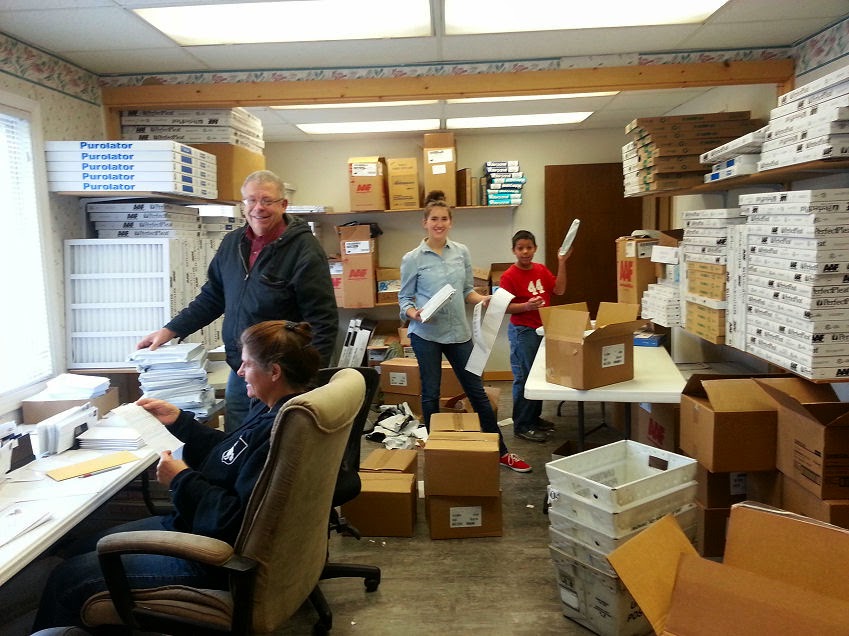 Lisa came at noon to pick up Wes and Maddie and since we were not finished she agreed to stay and help get the Bibles ready for the mail. We were not able to finish we ran out of postage by about 80 stamps. Not the first class 49 cent stamps, we were out of the $3.65 stamps. We had over 320 requests for Bibles come in this week and were only able to send out 240. 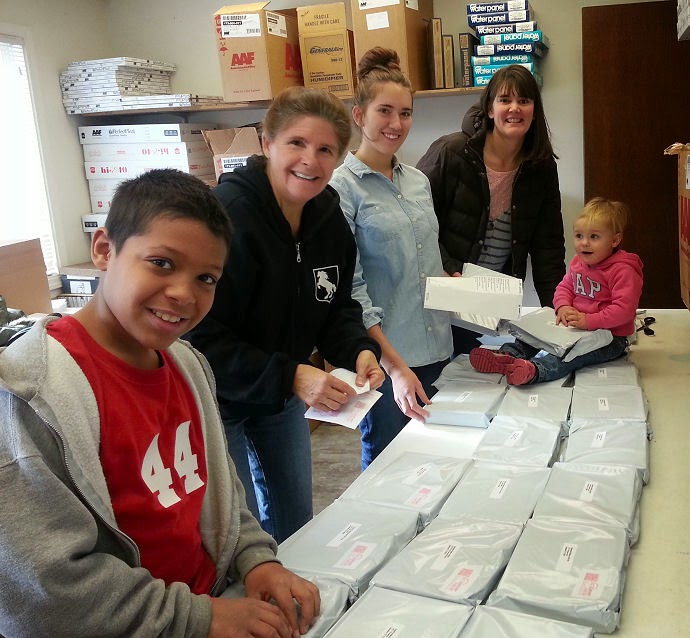 The rest will have to wait until Tuesday. Ellen was called and promised the stamps by then. We are bleeding red ink and don't know how to stop. Who decides how much a soul is worth?
This evening was the 10th anniversary of dad's death and Diane invited the family over for dinner with the only requirement that we should bring pictures to share. 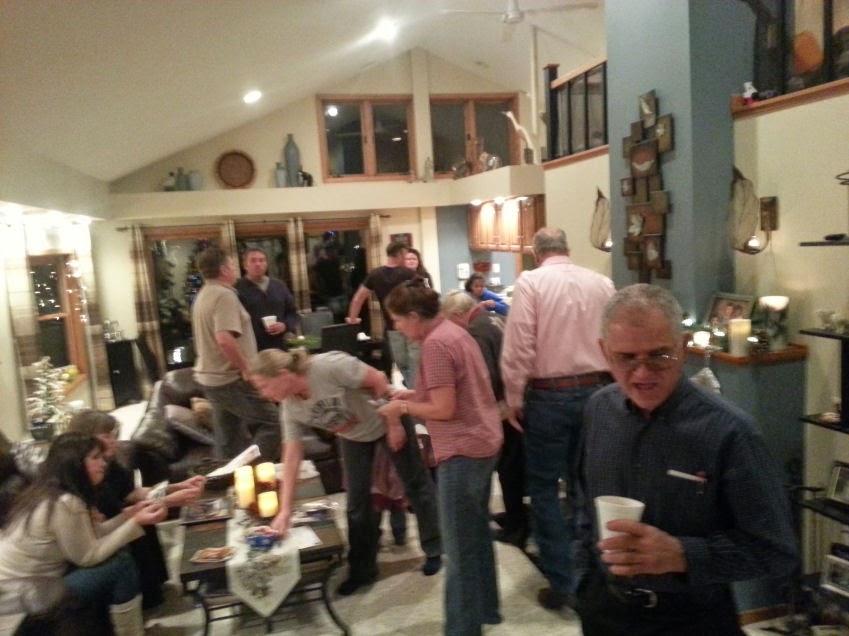 We had a good time reminiscing stories of this man that was such a great example of how to raise a family and how to spread the good news of salvation by our Lord Jesus Christ. Diane had a very colorful delicious feast prepared and it was good to break bread with family members. 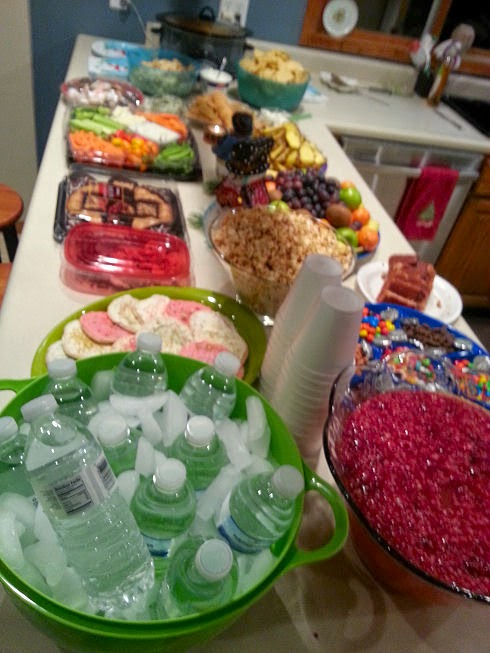 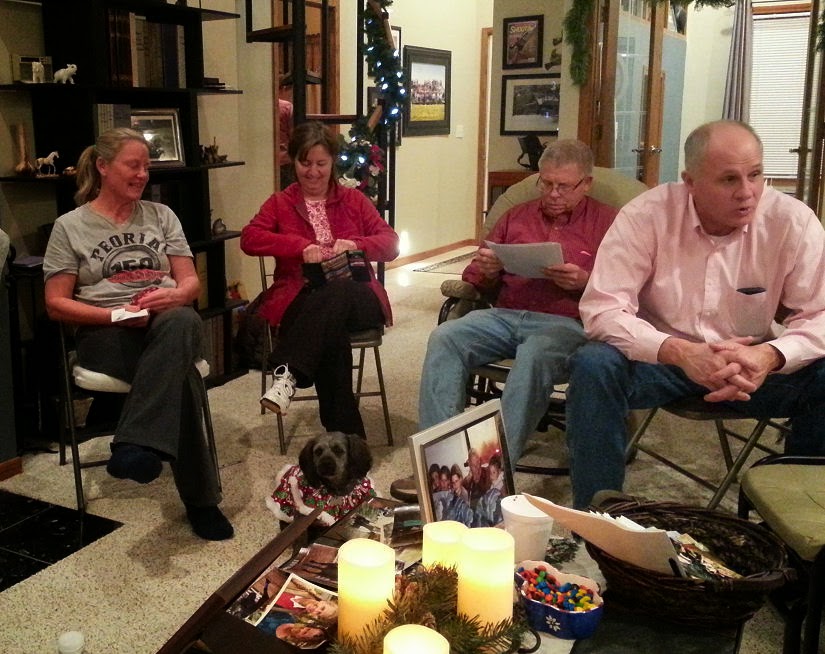 All 11 of us with some of our spouses and of course mom will be heading down to Gulf Shores, Alabama after Christmas.