I've been contacted yesterday and today by people that own Gypsy mares inquiring about booking them for Valiant. The very first time we ever had Gypsy mares come for breeding we were all kind of shocked at how short and stocky they were. The owner brought his mother daughter team here. Both had been at another Friesian breeding farm for most of the summer and neither mare had conceived. Dr. Hoerr actually recommended us to the owner stating, "Raven seems to get everything pregnant!" Well both mares did conceive and both produced fillies. The owner sold them to the same person and when these fillies turned 3 years of age I was sent the pictures and email below: Hi !! My name is Pam and we own two of Ravens babies. They are three years old and we bought them as yearlings from Steve in Illinois. He owned two Gypsy mares that were mother and daughter that he bred to Raven. The babies names are Cadla and Dana. Cadla has grown to 16.3 hands and Dana is 15.2 hands. 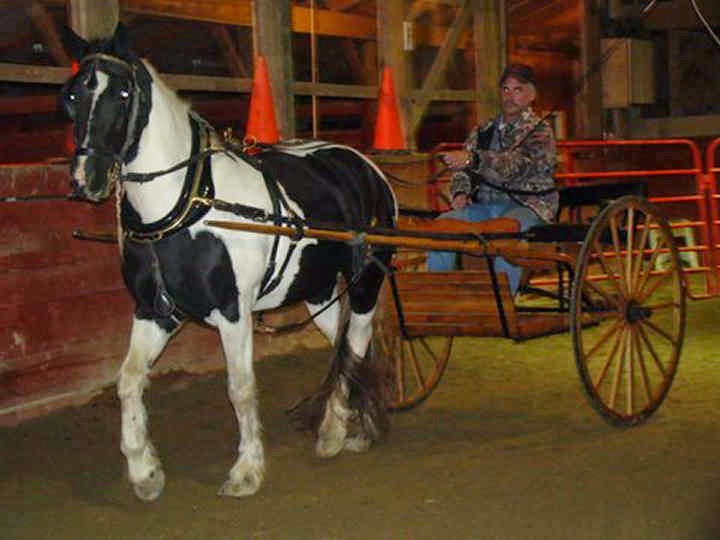 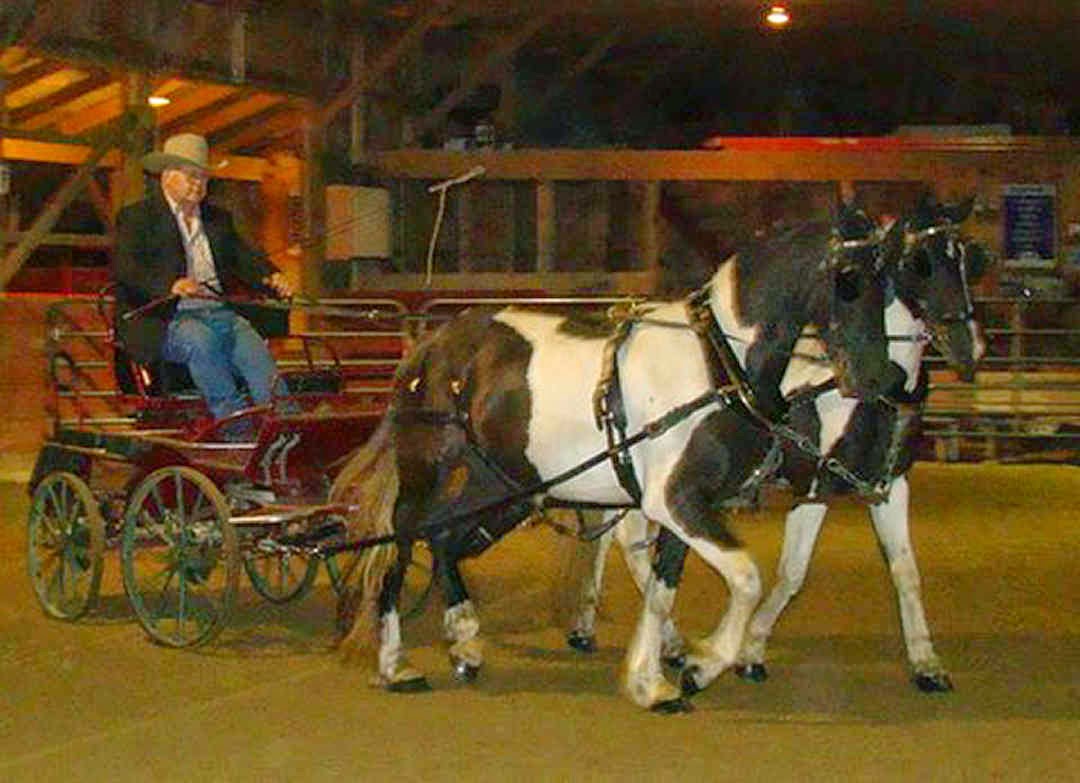 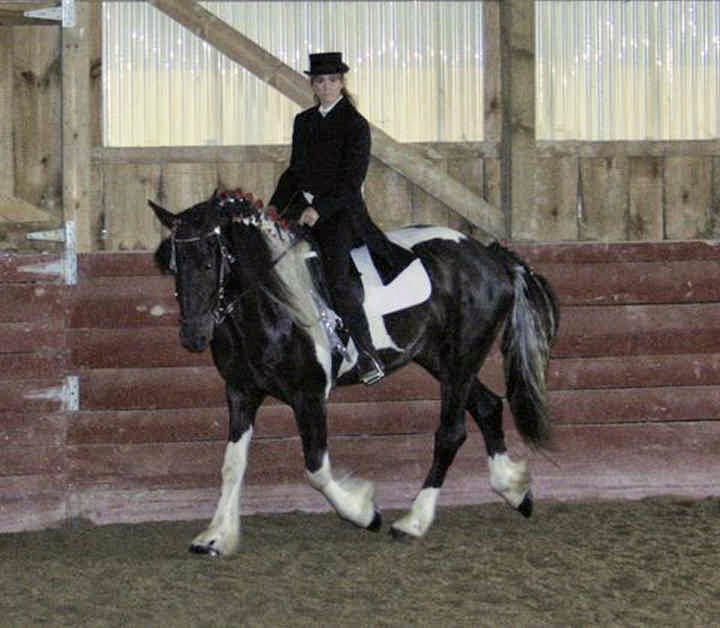 We are from Punxsutawney Pennsylvania. We own a large in door facility of which we are all about education. We have lots of great Riding Clinics, Driving Clinics and Obstacle Challenges here. We also Produce a Equine Musical Freestyle Show "EQUIMANIA SHOW" Anyway both of the gypsies have performed with our show for two yrs now. They do advanced Line Driving and Ground Work and they Drive single and double and I am training them in Classical Dressage . They are doing awesome Under Saddle. They both are doing the Spanish Walk and I am working on the Piaffe and Passage with Cadla and I hope to start the bow this summer. We have one program that they do, we call "Gypsies in Sync" Everything they do is all in sync together. We do riding, groundwork and linedriving in that one program. Everybody really enjoys it. When we bought the two Gypsies we had planned to train them for a yr and resale them. But we have enjoyed them so much and they have been such a nice addition to our show we really never pursued selling them. These mares have been two of the nicest horses I have worked with. Disposition + Confirmation all great. Well I guess I better quit. I have taken up enough of your time. I will keep you informed of their progress. Have a nice Christmas and New Years! Pam
Do you know how many times I hear how wonderful Raven's offspring are? Funny story, I had another lady call to ask if we knew of any Raven daughters for sale, she had heard about how wonderful they were, visited our photo gallery page and knew there were a lot of them out there but no one wanted to sell.
We are pretty thrilled we kept Valiant, he is throwing the same sweet disposition his daddy did.
Our Sunday was awesome, well after hearing Tim Funk tell us that word is overused, I'll write the day was wonderful. Mike Rieker had the morning service on Exodus of the glory of God on the mountain. Greg Rumbold had the afternoon speaking on Proverbs 3 and of course each time I hear that chapter  my ears prick up at the part about the full barns. I love that part! Actually the 5th and 6th verses are the famous ones everyone has memorized. His second opening was Romans 10. After reading the chapter Greg looks up and says forcefully "Ignorance is NOT an excuse!" I know he was thinking of the Jewish people at that time having a zeal for God but not according to knowledge. What a day, what a blessed day.
Posted by Judy Sceggel at 7:57 PM