Our walk wasn't near as cold this morning as the thermometer was reading 29 degrees.  It was still icy and our ice tracks were needed. Right after the walk I left to pick up Israel and Elisabet who were coming to spend the day with grandma for Christmas shopping. We had to come back to the farm first though as we had a truck load of hay being delivered at 10:30 this morning. Israel and Elisabet played in the apartment while the hay was unloaded and stacked in the barn. There were 17 bales on this load but 3 of them had mold and were rejected so we ended up with 14 bales. Israel and Elisabet were having fun watching us out the window but then Israel decided to turn on the television. Now this is some kind of smart TV and I know nothing about it and sad to say neither did Israel. We could not figure out how to turn it back off. He had 3 different remotes and we each tried all of those over and over with no success. I thought surely there would be an on off button somewhere on the television  but could not find any. I finally just unplugged it.  Hopefully someone will show up here before the next renter arrives and gets it working. The next load of hay wasn't due until later so we left for shopping. Each child was told they were not to buy something they wanted but had to find something for their sibling, their mom and their dad. That was really really hard for Israel as he found so many things he wanted. Surprisingly his dad ended up with things Israel was sure he would want to have to play with his only son. Elisabet found some beautiful flowers for her mom then carried them around the store telling me to smell them. (they were artificial) By the time we were done both Israel and Elisabet were happy with their purchases. From there we went to the McDonalds in Bartonville as they have an indoor play area. They also have a couple video games, exactly what Israel enjoys. 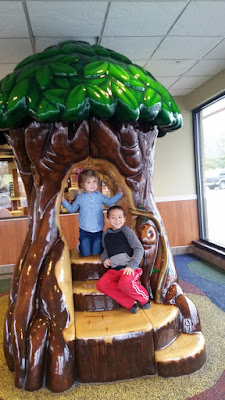 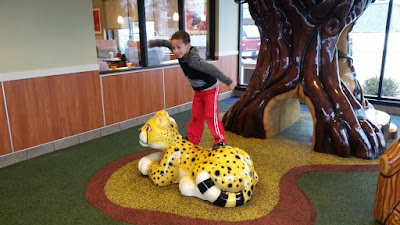 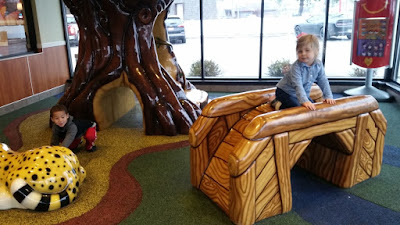 We didn't leave for their home until after 4:00 pm and by that time the next 2 loads of hay had arrived. This time there were 29 bales. As I wasn't there they unloaded and stacked them in the barn. I had left them a check to pay for the 43 bales and we are now almost $4000.00 poorer but have 100 bales in the barn. This hay was much more expensive than we have ever paid for a bale of grass hay but it is not moldy, they are big bales and I won't have to worry about running out this winter.  We still need 42 more bales at Middle Grove. These were supposed to be delivered Monday but the weather was just to awful. Once that is delivered we will all breath a sigh of relief. What is really ironic is I was sure this would be an easy year for us. Our farmer borrowed 42 bales taking them out of our barn in March when he ran out of hay for his cows. He was not able to supply us this year, he lost almost his entire hay supply due to rain. We were short almost that exact amount for this winter as our first cutting was an entire loss also.
Posted by Judy Sceggel at 8:20 PM